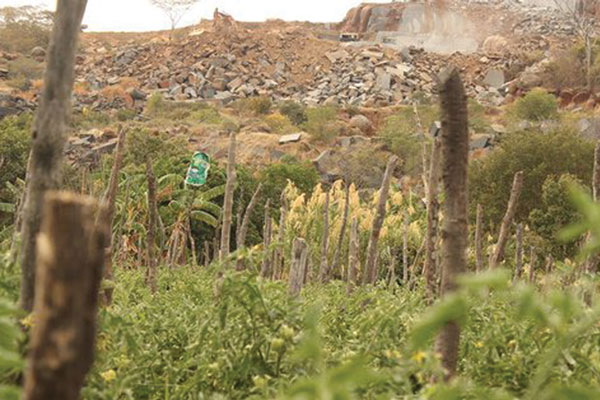 Ema provincial manager Decent Ndlovu confirmed the development yesterday, adding that the miner had been ordered to cease operations.

“We issued them with a $500 000 ticket for illegal mining and $20 000 for illegal prospecting and also ordered them to stop all their activities. But we were being told by the ranch owner that they continued to mine.

“So we today (yesterday) sent our officers with the police to a open docket against them if they continued mining,” Ndlovu said.

Matobo Rural District Council chief executive officer Elvis Sibanda said he was not aware of the matter, adding that he didn’t know of the presence of a Chinese mining company in the district.

“I don’t have any information about that mining company. I will have to verify it. I only heard about it on social media today (yesterday) in the morning,” he said.

According to sources, the Chinese miner claimed to have been granted special mining rights by government to do riverbed mining, which is banned locally.

Of late, Chinese miners throughout the country have been accused of causing environmental damage and violating human and labour rights, including displacing villagers in communities they are operating.

Newer Post
Chinese fined for marrying a minor
Older Post
Rains Finally Come, And So Do the Rodents