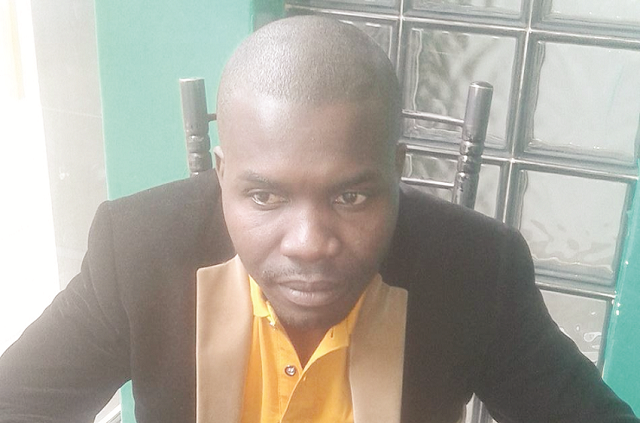 Vusumuzi Dube, Municipal Reporter
CONTROVERSIAL councillor for Ward 24 in Bulawayo, Arnold Batirai has been accused of forging MDC Alliance’s chief of staff, Mr Sesel Zvidzai’s signature which saw him participating in the 30 July harmonised elections under the party’s ticket.

That resulted in the party fielding two candidates in the ward as the letter with the alleged forged signature claimed the other candidate Gideon Mangena had been expelled from the party.

In the petition, signed by 1 000 signatories, the residents accused Clr Batirai of misleading residents through the forged letter thereby violating the Electoral Act.

“Arnold Batirai forged a signature of the MDC Alliance chief of staff Mr Sesel Zvidzai and distributed letters which were misleading to the electorate before and on the voting day which purported that Mr Gideon Mangena had been expelled by the party as a representative in the local government elections.

“By so doing, he not only violated the Electoral Act but prejudiced Mr Gideon Mangena of potential votes and committed fraud. It later appeared that Mr Zvidzai vehemently denied ever authoring the purported letter,” reads part of the petition.

The residents have called on the party to recall Clr Batirai and declare the seat vacant.

“Our call is for the removal of Arnold Batirai from being Ward 24 councillor with immediate effect, the conducting of a Ward 24 by-election with the proper candidates from respective parties and the total expulsion and banishment of Clr Batirai from Ward 24 as the residents will not in any way respect or accept him or his candidature. If this is not done, he will face an extremely fierce and strenuous resistance,” reads the petition.

In the letter, which Clr Batirai is alleged to have forged Mr Zvidzai’s signature, that is attached to the petition it reads; “This served to confirm that the bearer, Mr Arnold Batirai Dube is the sole candidate for the MDC Alliance in Ward 24 Nketa constituency. There is no one allowed to use the MDC Alliance logo as MDC Alliance candidate. Mr Gideon Mangena was expelled from the party.”

Contained in the same petition is another letter again signed by Mr Zvidzai where the chief of staff distances himself from the initial letter.

“I write to dissociate myself from a letter confirming Arnold Batirai as the sole candidate of the MDC Alliance for ward 24 Nketa constituency in Bulawayo. My signature was forged for the purposes known to Mr Batirai,” reads the letter dated 28 August 2018.

Contacted for comment Mr Banda confirmed receiving the petition saying they were now handling it internally and the party will soon make a determination.

“Yes, we have received the petition, for now there are a number of internal processes we are exhausting in terms of investigating the matter, after we are through with all these processes we will then make a determination on the best way forward,” said Mr Banda.

Clr Batirai said while he was aware of the petition, he rubbished all allegations being raised by residents, instead accusing Mr Mangena and his supporters of forging the letter under contention just to get him expelled from the party.

“This is all because of the ongoing war between me and Mr Mangena. That very letter which they are talking about did not emanate from me, actually I got to know about it when he (Mr Mangena) took me to court challenging my win in the elections.

“Whoever wrote and distributed that letter initially wanted to get me disqualified by Zec for campaigning within 24 hours of the elections but that failed now they want to go on and claim that I actually wrote the letter, which they very much know is not true,” said Clr Batirai.

The embattled councillor’s first couple of months in office have been characterised by controversy which started with him arriving late and allegedly drunk during the swearing in of councillors in the council chambers. Clr Batirai further took his oath of office in Shona which resulted in activists aligned to the Mthwakazi Republic Party erupting in protest and manhandling the councillor. The activists later allegedly kidnapped Clr Batirai and continued manhandling him.

Contacted for comment, Mr Zvidzai distanced himself from the letter purporting Clr Batirai as the sole candidate saying he had no authority to make such correspondence.

“The truth is that I never wrote a letter to the effect that Arnold Batirai was the sole candidate of the Alliance.

“For the avoidance of any doubt, the official communications and correspondence of the Alliance were the responsibility of Professor Welshman Ncube. Batirai was then a member of PDP.

“The course of action against him therefore lies squarely in the hands of the relevant party he belonged to at that material time. Suffice to say as the MDC Alternative Ministry of Local Government and Devolution, we shall not tolerate corruption nor brook any nonsense that may have the effect of eroding our integrity,” said Mr Zvidzai.