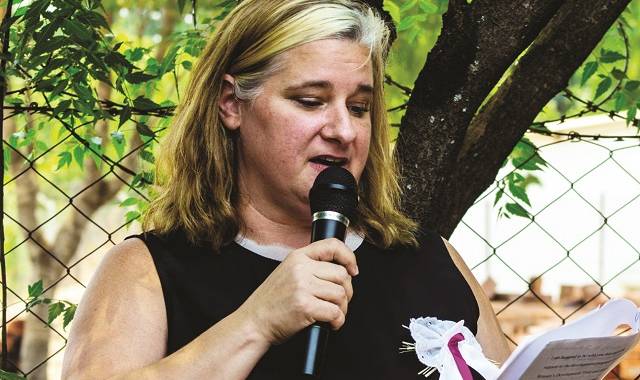 Fidelis Munyoro and Nyemudzai Kakore
THE United States of America is happy with progress made by the new administration in electoral law reforms and is looking forward to cementing its relations with Zimbabwe, USA charge d’ affairs to Zimbabwe Mrs Jenifer Savage said yesterday.

Addressing the media after paying a courtesy call on Speaker of the National Assembly Advocate Jacob Mudenda, Mrs Savage said Washington was also looking forward in expanding bilateral relations with Harare by ensuring that they are enhanced and further strengthened.

“It has been an excellent conversation learning about the progress on the state of electoral law and the reforms of the electoral law. We are happy to hear that the law is progressing and we are looking forward to the outcomes,” she said.

“All of it was part of a conversation that we talked about both of our shared hopes for expanding our bilateral relationship and ensuring that our bilateral engagement is enhanced and deepened and expanded.”

Mrs Savage said although elections were an important step, they should be accompanied by reforms in fields such as the economy, governance as well as human rights.

Asked if she was happy with the reforms in the electoral law taking into effect that the opposition had been against it Mrs Savage said, “It is still under consideration, so we will reserve judgement until it is final.”

She said the US would continue with its drive to provide assistance to Zimbabwe in fields such as health and governance.
“The USA provides a lot of assistance through implementing partners. We have just signed another agreement of $150 million in US President’s Emergency Plan for AIDS Relief (PEPFAR) programming plus there will be additional some for cervical cancer screening. We provide assistance in demining activities, educational exchange and economic governance issues,” she said.

In separate interviews with The Herald, other diplomats accredited to Zimbabwe expressed hope and confidence that the coming harmonised elections will be free and fair as political parties were going about their preparations without hindrance.
Government has implemented a number of reforms to open up democratic space culminating in over 5.3million people registering to vote under the new Biometric Voter Registration System while scored of new political parties have sprouted up ahead of the elections, numbering 128 at the last count.

Government has also invited 15 regional and continental bodies to observe general elections set for July this year.
The invitation is in line with Government’s drive to re-engage the international community and President Mnangagwa’s call that the forthcoming elections should be free, fair, credible and violence free.

“It is all in the hands of people of Zimbabwe to ensure the elections are free and fair,” said Mr Mwana Nanga, who is also DRC ambassador to Zimbabwe.

People, he said, want free and fair elections and the challenge to achieve that goal rests with political stakeholders.
“We as a region and friends of Zimbabwe we are ready to walk with you so that the election processes can be free and fair to everybody concerned.”

Namibian Ambassador to Zimbabwe Mrs Balbina Daes Piennar said indications were the elections would be peaceful, free and fair.

Mrs Piennar said as a diplomat, she took President Mnangagwa’s pledge to deliver free and fair elections seriously.
Since his inauguration in December last year, President Mnangagwa is on record promising the nation and the world that his administration was committed to ensure free and fair elections, as well as make Zimbabwe attractive to investors.