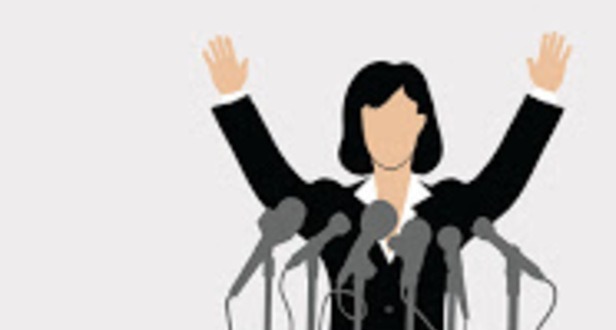 WHILE the pursuit for democracy continues in developing countries and to some extent overriding that of development, globally there is a growing fear that the world is facing a rise in autocratic leadership. The situation is not helped by developments in the United States — the world’s biggest democracy — where Donald Trump has given democracy and politics a different face altogether.

Autocracy is generally a system of government in which supreme political power to direct all the activities of the State is concentrated in the hands of one person or few individuals, whose decisions are subject to neither external legal restraint nor regularised mechanisms of popular control.

At independence in 1980, Zimbabwe told the world that it had assumed democratic rule. However, over the decades, it has proven that only one political party and its leaders exercise absolute power over the affairs of the country. This has led some political analysts to suggest that Zimbabwe is now an autocratic State or at least heading towards that direction.

Autocratic leaders are no longer as open and obvious as used to be the case. They have become sophisticated and now deploy a combination of use of force, pseudo-electoral processes and soft diplomacy where they play the democracy game, while internally squashing opposition voices through trumped up charges and selective use of law. And of course, they need to have solid control of the security forces and this why today some armies are largely known for their allegiance to the President than the nation. This is couched as protecting and preserving democracy and the rule of law.

For the complete autocratic capture to effectively occur, the system starts by weakening government institutions whose role is to safeguard democracy such as the police force, election commissions, Parliament and the Judiciary. They do this by depriving these institutions of resources, including salaries to such an extent that earning a living is at the whims of the autocratic system.

And those who submit to the dictates of the system are rewarded through packages, allowances that are outside the normal salary system and sometimes promotions. It means the autocratic system now pays more than the government. Hunger is used to induce fear and to secure allegiance, thereby pressuring civil servants in these institutions to comply to every political request by the autocratic system. The objective of this kind of capture is to ensure that autocracy safely rides on the rule of law and somewhat legitimise power grab via these democratic institutions.

Elections are manipulated at different levels including closing down campaign space for the opposition and tinkering with the numbers to give the process a democratic face. The most common trend is to give the autocratic system a slight margin of victory so that the election appear to have been free and fair and tightly contested. Nonetheless, elections are held regularly as part of the ritual to legitimise the autocratic system.

Once these institutions are converted to serve autocracy, the next level is to shrink the democratic space or rather illegalising opposition politics through passing of oppressive laws. These often include shut down of most freedoms such as expression, gathering, association and funding of any democratic activities such as protests. By this time, the police and judicial system will be well-prepared to pounce on any dissent even without being directly deployed by the system. Arrest of protesters, abusive of the judicial system and excessive use of power will become the order of the day.

Dismantling the economy is often part of the strategy and this is done for several reasons. A thriving economy supplies resources to public institutions upon which democracy is established and sustained. In addition, a thriving economy tends to have an independent constituency of investors who can mobilise or work with the people to destabilise the system.

Eventually, the system must be felt everywhere and must be the richest on the land — wielding excessive political power over everything else.

With institutions of democracy crippled and the business community converted, the next part of the process is to establish populism promoted as nationalism. The system will start working on owning, politicising and personalising the national agenda, portraying itself as omnipotent. At the bottom of this is ensuring the people believe that the problems faced in the country are not a result of failure by the government and are scapegoated on someone, something or external forces.

This message is backed up by calls to put the country first and asking for unquestionable loyalty to the government of the day.

In some cases, religion through its various leadership is used to legitimise and endorse the autocratic leadership. All State media and information apparatus are deployed to mobilise around this agenda, while what remains of independent media is either infiltrated or destroyed.

The last pillar is to have friendly neighbouring countries which are bought through parcelling out of national resources and business opportunities to ensure they too have something to lose should the autocratic system face its demise. It is a complex web of political entanglements whose centre of power is the autocratic leadership.

When all these are achieved, power will be in the hands of one individual and citizens can forget about democracy and sometimes development.