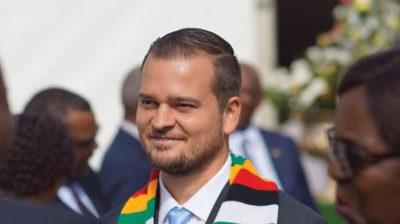 The European Union (EU) has handed over 153 in-calf heifers to small-scale farmers in 62 districts as a way of increasing milk production milk in the country.

Speaking at handover ceremony in Marirangwe, Lands deputy minister Vangelis Haritatos said the move would help eradicate shortage of milk in the country.

“The production of milk in the country that meets the national demand helps in saving foreign currency used to cover the gap in milk importation,” Haritatos said.

“Beneficiaries should maximise this opportunity given to them and grow the dairy sector by increasing productivity.”

The programme is part of Transform Zimbabwe’s Dairy Value Chain, which is a dairy project under the Zimbabwe Agricultural Growth Programme (ZAGP) which aims to boost milk production in the country.

ZAGP aims to increase the country’s milk production to 130 million litres by 2022, up from the 76 million produced last year.