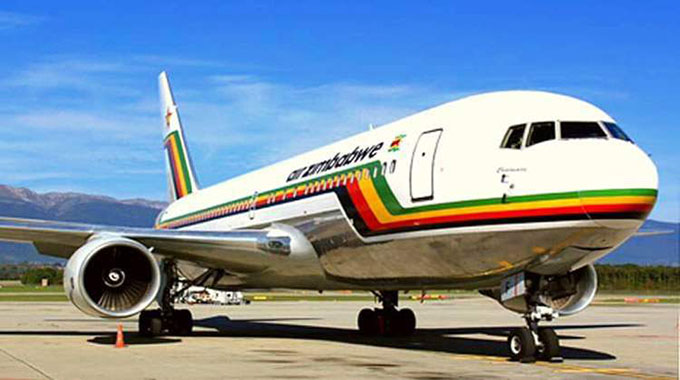 Former Air Zimbabwe workers have vowed to fight against the payment of their salary arrears in local currency at a rate of US$1: ZW$1, arguing that the move is unconstitutional.

They were thrown out of employment on the strength of the infamous July 2015 court ruling that allowed employers to terminate jobs on three months’ notice.

The airline, which was struggling to pay full salaries and had resorted to part payments and giving out grocery hampers, took advantage of the ruling and effected job cuts on hundreds of it’s workers to stay afloat.

AirZim’s finances have been in shambles for years allegedly because of mismanagement and corruption. Many of its planes were grounded due to old age.

The national airline, entered external administration in 2018 as the government battled to protect it from creditors, who were owed US$341 million. It sent out debt settlement proposals mid-April with administrator Grant Thornton undertaking to release payments in local currency once creditors signed off their papers.

The basis of settling salary arrears in local currency stems from Statutory Instrument (SI)33 of 2019 and SI 142 of 2019, which converted all bank balances to Zimbabwe dollars at par with the greenback.

This means creditors who were owed US$20 000, for instance, would receive       ZWL$20 000, according to a payment plan confirmed by external administrators.

But the Air Transport Union and National Airways Workers Union (ATUNAWN) vowed to fight to ensure that the affected  workers are paid their dues in US dollars,the currency which was in use during the time of their employment at the airline.

The union accused the  administrator of trying to  hoodwink the affected workers into signing papers that would approve the release of outstanding salaries in local currency.

They said the forms issued by the administrator had a section that prohibited workers from demanding any other payments as soon as the airline settles the arrears for the 2009 to 2015 period.

This is despite the fact the workers are entitled to another payment after the December 2020 Supreme Court ruling, which ordered the airline  to pay them   2015-2020 salaries.

The payment modalities are yet to be tabled.

The landmark ruling ordered Zimbabwe’s flag carrier to reinstate all its former permanent employees whose contracts were terminated on three months’ notice in July 2015.

Immediately after the ruling, the airline put the workers on paid leave.

The contentious clause contained in the forms issued by the administrator reads: “This agreement constitutes the entire agreement between me / us and the adminstrator or the Airline regarding the payment of the amount owed to me /us and I/we confirm that there are no collateral or supplementary agreements relating to the agreement.

“This agreement automatically cancels any security, which was held against the Airline or encumbrances on its properties and authorises the administrator through the Master of the High Court to immediately cancel any such encumbrances”

However, ATUNAWN said it would go to court to challenge the move.

“We are challenging that.

“During the period when the arrears were accrued, the economy was using the US dollar.

“Giving us the Zimbabwe dollar is unconstitutional and we are going to challenge that at the High Court.”

The unions are also lobbying for the removal of the administrator, pointing out that he was delaying in the implementation of the December 2020 Supreme Court ruling, among other reasons.