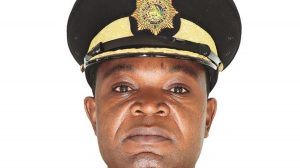 PEOPLE’S love for money has dragged them into the murky world of ritual murders, juju and superstition, cementing the old adage that money is indeed the root of all evil.

While Zimbabwe is largely a Christian community, a recent surge in murders of young children has left many shell-shocked.

Every year, a number of children die due to a variety of circumstances, including diseases and accidents, among other natural causes, but evidence from the past few weeks has shown that human beings have become the biggest menace.

Death of any child is tragic and traumatic to family and society at large, especially when he or she dies suddenly and unexpectedly, with the perpetrators doing it for money or other ritual reasons.

“We have ritual murders. These involve people visiting traditional healers who then tell them to bring body parts of children for them to make money. We have traditional healers who conduct their business against the norms of society resulting in bloodshed,” police national spokesperson Paul Nyathi told the Daily News on Sunday.

Only a week ago, news filtered through that the body of a six-year-old girl had been found in a sack thrown into a septic tank behind her parents’ shop in Bikita.

The late six-year-old Mitchel Musharu had gone missing for about a week till the discovery, with society quick to conclude she could have been murdered for ritual reasons.

Nyathi said the society should expose the traditional healers involved in such practices.

“Traditional healers should be there to help the society and not to kill. They will also be committing crimes in the process and they will be dealt with in terms of the law,” Nyathi added.

The Bikita incident came barely a week after two seven-year-olds from Nyanga went missing and were found dead in a disused toilet at an abandoned homestead.

Melissa and Daniel Benza left home for school and never returned, resulting in a search party.

Their bodies were found in a toilet pit at an abandoned homestead in Sambaza Village a day later. According to the police, their bodies were intact, but had deep cuts on their necks.

The police have since arrested Solomon Manyama and Passmore Sambaza over the incident after they were found in possession of blood stained clothes.

The recent murder incidents have reminded many of the death of seven-year-old Tapiwa Makore from Murewa whose body was found with some missing parts last year.

Close relatives were arrested as suspects in the incident, tearing the family apart.

Prominent traditional healer Kamwelo Banda, popularly known as Sekuru Banda, told the Daily News on Sunday that the love of money was leading many astray.

“All this is because of extreme love of money. People are lying to each other out there that the blood of a child will result in one getting rich and this is driving people into such heinous acts.

“Traditional healers who are leading people into such acts are driving people astray by lying to them. There is no truth in such acts and people end up killing innocent children,” he said.

A church leader Paul Sanyangore said all attempts to tamper with innocent lives of children will eventually backfire.

“Greedy people always turn to rituals, kuromba in Shona, in a bid to have more in business, farming or whatever they will be doing. In the process, they are made to sacrifice their relatives, particularly children.

“Children are innocent souls; this is clear in biblical or cultural terms. This makes them vulnerable to ritualists who believe their blood will result in them reaping more by sacrificing them.

“However, God always protects the children hence all the dirty deals fail and will not remain hidden. If you notice, in all the instances, the crimes will be unearthed. You can’t sacrifice innocent blood,” he said.

While the murders are largely attributed to rituals, some have been blamed on domestic disputes and crimes of passion, following the murder of children in Chiredzi and Chivhu.

In January, a Chiredzi medical doctor, William Phiri, reportedly killed his two children after a dispute with his wife. During the incident, two children died and two others sustained serious injuries.

Phiri reportedly arrived at his home in Mkwasine after spending the night away, prompting his wife to question where he had slept. This enraged Phiri who went on to vent his anger on the children, before attempting to commit suicide.

The incident came after another domestic dispute incident which rocked the town of Chivhu towards the end of last year.

A woman from Highview suburb, Emelda Marazani was accused of murdering her four children, gruesomely slitting their throats with a knife before setting the house on fire after a marital dispute with her husband.

She reportedly took some poison before handing herself over to the police after neighbours had raised questions over smoke coming out of the house.

“Domestic disputes are also leading to the death of innocent children. You will find parents fighting and the other party venting on the children. We have cases such as the one in Chiredzi.

“We urge people to find amicable ways of resolving disputes. Courts are also there to settle any dispute without turning fatal,” Nyathi said.

The police said some people were risking the lives of children by exposing them to dangerous situations, leading to death.

“In some instances adults are exposing children to danger.

“Children are sent to participate in dangerous activities and those adults will not bother to check on their safety resulting in death,” Nyathi said.