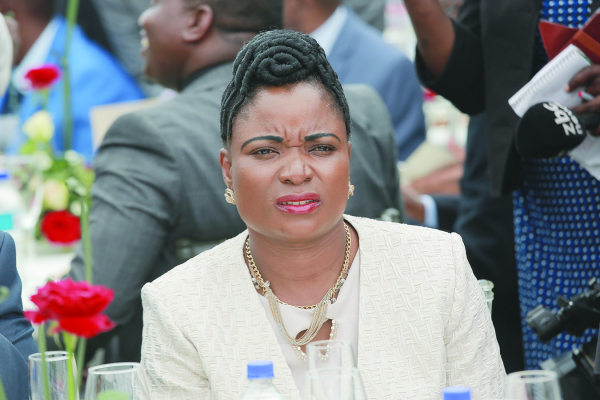 In her defence, she said the allegations were orchestrated by political rivals.

Kagonye is accused of stealing computers donated to her ministry by the Post and Telecommunications Regulatory Authority of Zimbabwe (Potraz).

In her testimony before Harare magistrate Vongai Muchuchuti-Guwuriro, Kagonye said in 2018, she received 10 computers from Potraz to hand out to the poor in her constituency.

This was after she had on June 19, 2018, met former Information Communication Technology minister Supa Mandiwanzira in Cabinet and asked him to donate computers to her constituency.

Mandiwanzira then informed her that he had laptops, rice, blankets and cooking oil for her constituency, which were received by her brother Evans Kagonye, who then handed them to her secretary, one Catherine.

“When the computers were taken to the campaign team, I was not there as I had travelled to America, United Kingdom and France from May 28 to July 26, 2018.”

She said later people told her that they wanted to get her arrested for corruption and a docket was opened at the Special Anti-Corruption Unit.

“There was David Chivandire, who lied that he was from the President’s Office and he asked Potraz to get me arrested. They created 16 charges, but they were left with six which l signed for.”

She said some of the alleged charges were signed for by non-existent persons.

Under cross-examination by prosecutor Zivanai Macharaga, Kagonye said she did not record serial numbers for the laptops, which she donated to her constituency since she was not physically present. The matter was postponed to Friday for continuation of trial.