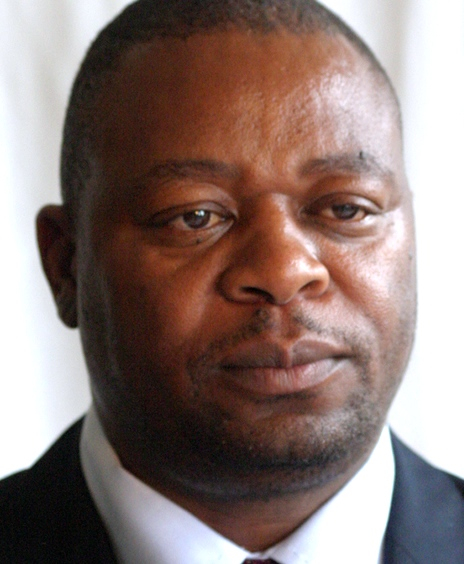 HARARE – Former Lands minister Douglas Mombeshora and his wife Millicent
are set to lose household property worth thousands of dollars after
failing to pay back an undisclosed amount of money to a local bank.

According to a notice seen by the Daily News, KM Actions (Private) Limited
is set to auction the property mid next week after the couple lost a court
case to the financial institution.

“Duly instructed by the Sheriff of the High Court of Zimbabwe, we shall
set by public auction the following assets to the highest bidder on
Wednesday 9 January 2019 at our premises No. 20 Edison Crescent
Graniteside at 12pm,” the notice reads.

In terms of the notice, the former Cabinet minister and his wife, are set
to lose, a Capri washing machine, two wooden sideboards, two-door steel
cabinets, massaging machine, a broken desk, electronic digital safe,
books, a Sony television, a plasma television, steel shelf, gym equipment
and a boardroom table, among other items.

The obtaining harsh economic climate has proved to be difficult for
especially Zanu PF bigwigs who lost their plush jobs at the birth of the
Second Republic under President Emmerson Mnangagwa.

Last year, the Daily News reported that several politicians linked to Zanu
PF and white commercial farmers have been dragged to court by employees at
their farms across the country over failure to pay wages.

In a development that exposes how the elite is finally feeling the pinch
of economic hardships being faced by the majority in the country, the
Progressive Agriculture and Allied Workers’ Union of Zimbabwe (Paawuz) –
the union which represents farm workers – said it was forced to approach
the Labour Court where the matters are still pending.

A number of politicians were also hauled before the courts last year over
their failure to service electricity debts and are either negotiating
flexible payment arrangements with power utility, Zesa Holdings, or
pleading their cases in court.

Among the bigwigs are Sekeramayi who owes $327 481 for his Ulva Farm;
Savanhu ($19 000 for his Eagle Estate Farm in Marondera); Buhera South MP
Joseph Chinotimba ($43 716 for Wakatai Plot in Concession) and former
Mashonaland East Provincial minister Ambrose Mutinhiri who owes $54 000
for his Newton Farm.

In 2017, 43 head of cattle belonging to then Public Service, Labour and
Social Welfare ministry secretary Ngoni Masoka went under the hammer to
pay off a debt he owed to the Zimbabwe Farmers’ Development Company (ZFDC).

During the same year, Zanu PF activist Stanley Kasukuwere’s three tractors
and other farming equipment were also auctioned over a debt with Windmill
(Private) Limited.

Newer Post
Doctors: Collapse of the health system and withdrawal of labour
Older Post
Government statement on the ongoing industrial action in the Health Sector