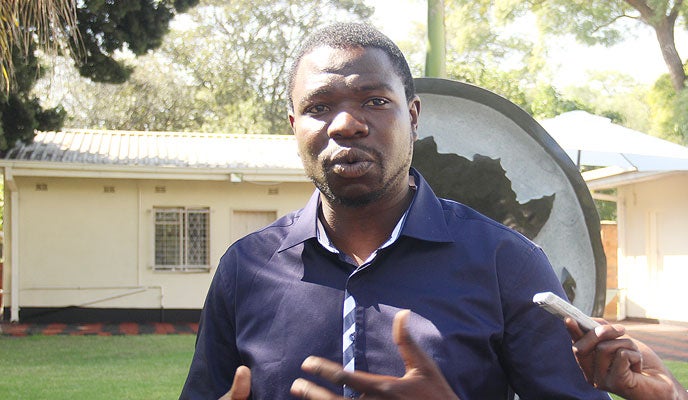 Takesure Marisa and his alleged accomplice, Petners Zvabva from Crowhill West appeared before Harare magistrate Vongai Muchuchuti-Guwuriro who remanded them in custody to today for bail ruling.

The duo was represented by Charles Warara and the State by Idah Maromo assisted by Everson Chatambudza.

Allegations are that on September 2 this year, Zvabva and Marisa hatched a plan to extort Magaya. In pursuance of their plan, Zvabva and Marisa allegedly proceeded to Prophetic Healing and Deliverance (PHD) Ministries offices in Waterfalls.

Upon arrival, Zvabva introduced herself to the receptionist Sharon Mupeti as a military intelligence official and requested to see Magaya. Zvabva allegedly left her two cellphone numbers with Mupeti for Magaya to call her.

It is alleged that on September 3, the two visited PHD Ministry offices again and Zvabva allegedly left another cellphone number and ordered the receptionist to advise Magaya to call her.

The State alleges that later that day, Zvabva called PHD senior overseer Admire Mango and informed him that she was handling a case involving Magaya and requested to meet him at Rowan Martin Complex. Mango drove to Rowan Martin Complex where Zvabva introduced herself as Lieutenant Colonel Zvobgo from the Zimbabwe Military Intelligence.

Zabva allegedly reiterated that a matter against Magaya had been brought to her attention and that she was in possession of a document containing a list of people who wanted to demonstrate against the cleric.

It is alleged that Zvabva demanded US$40 000 for her not to approve the alleged demonstration and on September 4, Zvabva phoned Mango and set up another meeting at Rowan Martin Complex.

Mango drove to the scene and met the duo in a silver Honda Fit vehicle where they allegedly demanded cash before threatening to make life difficult for the church. Mango allegedly handed over R2 500 to the two and they left.

Marisa later called Mango and introduced himself as Major-General Dube from the Zimbabwe Military Intelligence and told him that R2 500 was too little before indicating that he was expecting US$40 000 as deposit.

It is alleged Mango alerted detectives, leading to Zvabva’s arrest following a trap. Zvabva was interviewed and led detectives to Marisa’s arrest.

Idah Maromo appeared for the State.