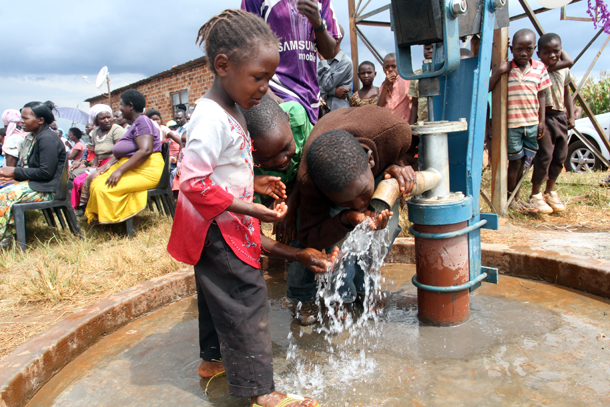 Dube told the Southern Eye that he was frustrated by the government’s failure to supply the community with potable water, adding that even if he was an opposition politician, there was need to assist people whenever they face challenges and to desist from politicising developmental issues.

He said Zimbabwe faced serious water shortages at a time the government was failing to assist communities with clean water.

Dube drilled boreholes in his residential area, which he then connected to his neighbour’s homesteads using pipes. Others who were not connected physically fetch water from his homestead and he provides free transport to ferry it.

“Government is failing to provide water to communities,” Dube said.

“As a result, I have already started to provide water to Embuthe and will also do so to other surrounding communities,” he said.

The development comes at a time the government is struggling to complete the Matabeleland Zambezi Water Project, an initiative which was mooted more than one hundred years ago in 1912.

The former legislator said central government was not doing enough to provide water infrastructure for communities, resulting in people’s constitutional rights being infringed upon.

He claimed that he was not doing the good deed to gain political mileage.

In the long term, Dube said he would want to partner with other stakeholders to introduce an irrigation scheme to assist the community with income-generating projects.