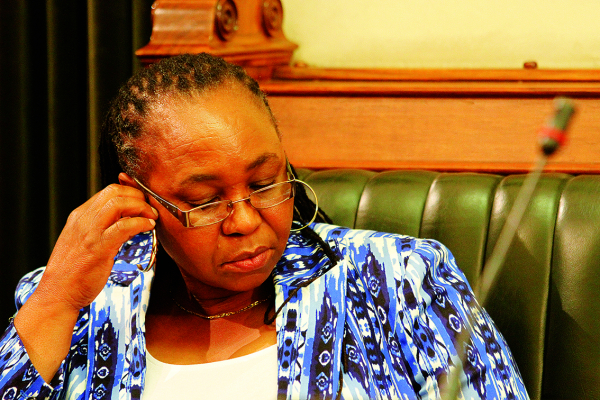 BY KENNETH NYANGANI
FORMER Zanu PF Mutasa South MP Irene Zindi has attacked some politburo members for fuelling vote rigging in favour of their preferred candidates ahead of the party’s provincial elections.

Zindi told a provincial co-ordination committee (PCC) meeting that was held in Mutare on Sunday that vote rigging and other electoral malpractices were sponsored by politburo members.

“I did not want to speak but I have decided to speak so that I will put it on record. There is a lot of rigging in these elections, even the politburo knows it. It’s very unfortunate our leadership is also involved in the vote rigging,” she said

“If you want to report the vote rigging you will find out that the national elections directorate might also have an interest,” she said.

Politburo member Engelbert Rugeje, who was the guest of honour at the meeting where he was receiving CVs for prospective candidates, also confirmed the rigging and said it was not isolated to Manicaland.

“The issue of rigging and intimidation is not only in Manicaland but it is serious in other areas and we are saying we are not supporting it,” Rugeje said.