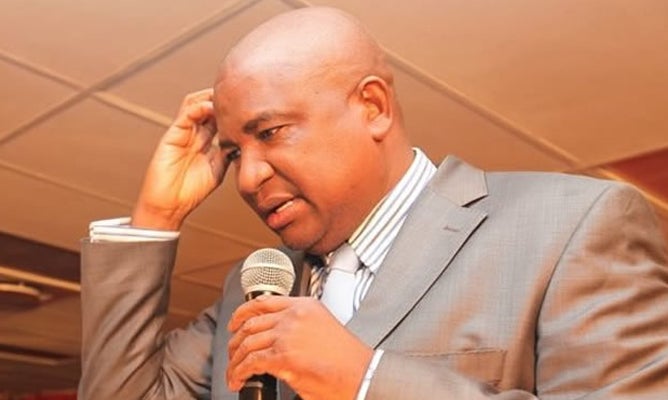 Investigations by NewsDay Sport have revealed that while Zifa is indebted to Cosafa, the two bodies reached an agreement on December 31, 2019 that Fifa would pay the Zimbabwe football mother body’s debt by the end of this month.

But Cosafa attempted to ban Zifa from attending the AGM when the mother body said it would move a motion to remove Philip Chiyangwa as the head of the regional football body alleging corruption and fraud.

A defiant Zifa delegation led by its president Felton Kamambo left the country yesterday afternoon for South Africa where they intend to gate-crash into the meeting.

The AGM, which gathers all 14 member associations from the region gets underway this morning at the Southern Sun OR Tambo Hotel in Johannesburg, South Africa.

Information gathered by this publication show that on December 18, 2019, Cosafa wrote to Zifa demanding a balance payment of US$18 250 from a US$25 000 loan that was advanced to them two years ago, failure of which Zimbabwe would be barred from attending today’s meeting.

“We refer to the debt of US$18 250 which has been owing to Cosafa since 2018 and has been reflected in regular statements of account sent to the association.

“Despite ongoing correspondence and phone calls from Cosafa to the association in an attempt to recover this amount and to ensure that the association is in good standing, the amount remains unpaid.

“We are, therefore, requested to demand, as we hereby do, payment of US$18 250 in full, by deadline 30th December 2019 failing which we shall have no alternative but to invoke Article 27.6 of the Cosafa statutes.”

Zifa responded to Cosafa, informing them that they had asked Fifa to settle the debt on their behalf since they were having problems in transferring the money from Zimbabwe due to local monetary laws.

“We are in receipt of your demand letter on a loan you extended to Zifa at the behest of the then Zifa president and Cosafa president Chiyangwa.

“While it is a fact that this is an inherited bill, the association remain committed to clear (sic) it at the most opportune time.

“Previous joint efforts to have the money from Zimbabwe failed to yield any joy after the local Reserve Bank refused to sanction the payment and such was communicated to your office.

“You will, however, note [that] we have through our Cosafa prize money paid off part of the US$25 000 loan hence the reason the bill now stands at US$18 250.

“This letter seeks to inform your office that we have now requested for Fifa to deduct from our grant pencilled for January 2020 the amount due to you of US$18 250 and pay the same directly to Cosafa so that this matter is settled. We hope this request will meet your favourable consideration.”

In the letter, Zifa said they were worried about Cosafa’s tone, which already inferred that they were plotting punitive measures, which includes membership suspension.

Zifa argued they previously owed Cosafa R800 000 but were never threatened with suspension as the money would be deducted from prize monies each time Zimbabwe qualified for such money.

“It is [a] common secret that we are not in good books with the current Cosafa president (Chiyangwa) and we begin to wonder if the suggested punitive measures and deadlines are really divorced from our issues with Chiyangwa.

“This is so, especially when one considers that the loan was taken when Chiyangwa was Zifa president but no undue pressure was exerted on his administration to repay before he left office.

“One wonders whether the threat to suspend, if we do not settle by 31 December 2019, is not linked to the upcoming Cosafa AGM, where Zifa has requested that the Cosafa president’s interferences with our football be included in the agenda. We sincerely hope this is not another of the Cosafa president’s attempts to take away our voice.”

On the same day, Zifa wrote to Fifa requesting them to deduct the money from a grant that the local association receives annually.

Fifa, through its senior development manager Africa and Caribbean Region Subdivision member associations Solomon Mudege on December 31, 2019 responded: “We have taken note of Zifa’s request for Fifa to pay US$18 250 to Cosafa. This funds transfer would be deducted from Zifa’s operational costs funding.

“In Cosafa’s letter to Zifa, a deadline of 30 December 2019 is indicated. However, I assume that both Zifa and Cosafa will wait for Fifa’s response before any further action is taken.”
On January 9, Fifa confirmed that they would pay