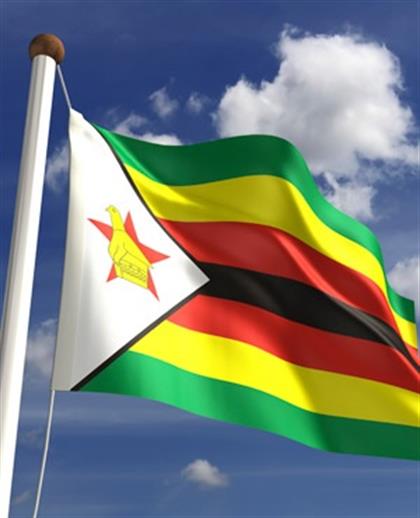 With less than two weeks to go until Zimbabweans head to the polls, a further analysis of the voter’s roll has shown that as many as 900 000 records may have been tampered with, to influence the results, according to a report by TeamPachedu.

This includes duplicating voters with a different date of birth, assigning and creating new identity numbers for some voters and introducing minor changes to the identity numbers that cannot be ascribed to human error.

The Zimbabwean Electoral Commission (ZEC) compiled the roll using its much-vaunted biometric identification system to authenticate the records, presumably ensuring only one voter can be assigned to each record.

But the report’s findings stand in stark contrast to claims by the ZEC that this advanced system would result in a deduplication of records and a reduction of “ghost voters” and duplicated identity numbers.

Despite these assurances, the report highlights that its researches had already found 81 duplicated identity numbers.

Earlier this week, a team of professors, data-scientists and political analysts calling themselves Team Pachedu released a report based on an electronic copy of the voter’s roll released to the public and opposition parties.

Included in the voter’s roll were the 134 year old Sihle Mpofu and the 141 year old Phidas Ndlovu, born in 1884 and 1877 respectively. Both were however registered for the 2008 elections using the birthday of 1 January 1970.

By comparison, the oldest officially verified living person in the world is 117-year-old Chiyo Miyako from Japan.

The team also found indications that identity numbers were being recycled .Since Zimbabwe has 61 regions that issue identity numbers sequentially, only 61 people will have the same “national” (or middle) number. This makes finding people with the same national number, and the same surname, highly unlikely.

Yet Team Pachedu found 122 788 such records, an improbably high number of “coincidences”.

Their latest report was released after the team investigated the anomalous identity numbers in more detail.

“We found strong evidence to suggest that over 100 000 potentially deceased voters were copied from the 2013 voters roll to the 2018 voters roll and that their ID numbers and in some cases their other details were purposely changed. New evidence since publishing our reports suggests this figure may be closer to 900 000.”

The first entailed creating new identities from existing or once-existing voters. In total, the report found at least 128 000 records duplicated in this manner.

The 79-year-old Ms Chidawanyika was suddenly granted a new lease on life as a 19-year old voter.

The second method entailed changing the suffix of the identity number.

The last two digits of the identity number are inherited from the person’s parents. As a result, having the suffix change between registration years would be highly unlikely, yet more than 32 000 voters did just that.

This could be likened to changing your parents between elections.

Strangely not a single one of the “new” identities created in this manner could be found on the voter’s rolls of previous years.

“What is significant here is that only one of each of the pairs could be traced back to 2013 and 2008. The other profile for each pair emerged from nowhere, despite some of the cases involving aged people, who ordinarily, would have been expected to have a voting record. The possibility of the coincidence of having two IDs identical except for the different suffixes and having these IDs being used for the first time, with that pattern recurring across many other pairs of IDs is next to impossible.”

The third method used was also the simplest; a new identity number would be directly assigned to a person duplicated from an earlier voter’s roll.

The team found a pattern in the data where a presumably deceased person’s identity number would be assigned to a person found in the 2013 voter’s roll. This person would then be assigned a “new” identity number in for the 2018 elections using these fictitious details.

It also created some anomalies, as the sequential nature of the identity numbers means it would be impossible for a person born before a certain date to be assigned a higher identity number.

“A fake ID number could be created by adding an extra digit to an existing number, recalculating the check letter and randomly assigning prefixes and suffixes.”

This also means that the changes were deliberate. Considering that the “fake” identity number passes the built-in verification check, the changes cannot be ascribed to a mere typographical error.

“All the above cases have one thing in common. A new identity is created from an old identity, by adjusting prefixes, and in the last case, adjusting the gender. The full list of similar cases where IDs are created after taking into account the error weighting functions in our extraction models is more than 50 000.”

Zimbabweans are expected to go to the polls on July 30.

The Zimbabwean government itself has defended the electoral roll.

A report by AFP said that the ZEC took out a full-page advert in local papers to dismiss allegations that the new roll was riddled with errors.

It said it had “checked all alleged ghosts and is satisfied that the voters who have the same names and dates of birth are unique individuals with unique photographs and fingerprints”.

The country’s roll has long been a contentious feature of elections and is accused of being at the core of vote rigging under Robert Mugabe, the long-time president who was ousted last year.

President Emmerson Mnangagwa, who took over from Mugabe with support from the military, has vowed to break with the past, promising an election free of violence, intimidation and fraud.

The opposition Movement for Democratic Change (MDC) party has cited flaws in the roll among threats to the election’s credibility.

The party has vowed to stage a vigil at ZEC headquarters over issues including the voter’s roll, the ballot paper and biased state media.

Lawyer off the hook