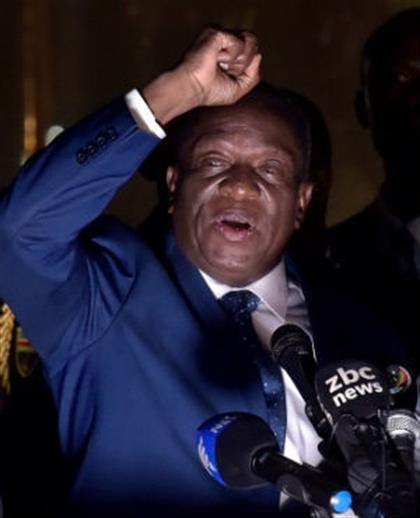 Zimbabwe is set to go to the polls to elect the country’s next president on July 30. News24 spoke to some Zimbabweans living in South Africa.

“I hope for free and fair elections. My hopes are that the results will reflect the will of the people.”

These are the views of 33-year-old Wilson Manyonga, who left Zimbabwe in 2005 to study actuarial science at the University of Cape Town.

Manyonga was one of thousands of Zimbabweans who left their homes in the early to mid-2000s amid growing economic and political pressure, as former president Robert Mugabe’s rule grew more oppressive. 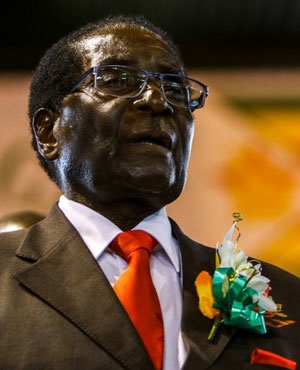 He said he had never had the opportunity to vote in an election in his own country.

After 37 years in charge, Mubage was removed from power in November 2017 following pressure from the army.

He was replaced by Emmerson Mnangagwa, Mugabe’s former right-hand man and a favourite among the army generals who supported the bloodless coup.

During his inauguration in November last year, Mnangagwa promised that the upcoming elections later in July would be “free and fair” and “democratic”.

But Manyonga, as well as other Zimbabweans in the Diaspora, remained doubtful.

“I am hoping elections will be free and fair, but whether that is possible in the current environment is unclear. I am sceptical,” he said.

“I hope the current round of elections, at the very least, will remain peaceful.”

Moreboys Munetsi, 35, who came to South Africa in 2004 as a political refugee, believed the upcoming elections won’t be “free and fair”.

There have already been reports that police officers were forced to vote in front of their superiors in Bulawayo, ahead of the elections, but the Zimbabwe Electoral Commission refuted such claims. 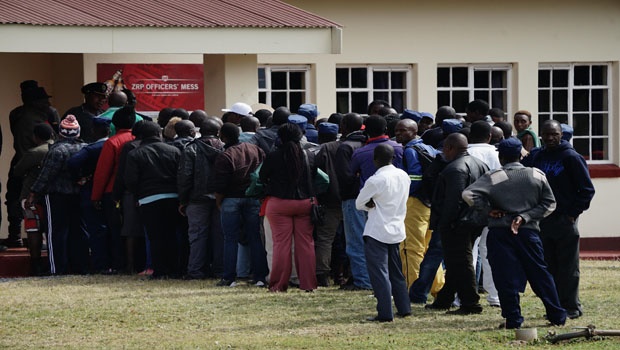 Plain clothes Zimbabwean policemen are watched by riot police colleagues as they queue to cast their postal ballots at Ross Camp Police Station in Bulawayo ahead of Zimbabwe holding nationwide polls on July 30, to elect the president and members of parliament’s lower house. (File: AFP)

Munetsi said there was happiness when Mugabe was removed, but he felt nothing else had changed.

“The July 30 elections is not going to be free and fair. Zimbabweans will not be happy. The new government and Mugabe’s government are exactly the same,” he said.

“I have no hope for the current government… Zimbabweans in the Diaspora are not allowed to vote and according to the constitution I believe that is a violation of our rights,” he said.

Munetsi, who was working for the opposition Movement for Democratic Change (MDC) party when he fled Zimbabwe, said large numbers of MDC and other opposition party supporters were the ones to flee the country.

“Life in a foreign land is not always nice. I think if you ask every Zimbabwean living in South Africa, they would like to go back [to Zimbabwe] but things need to change.”

Simba Nyatsanga, 29, who came to South Africa in 2009 to also further his studies at the University of Cape Town, said he had returned to South Africa on Wednesday after visiting Zimbabwe.

“I think there is a bit of a change in the atmosphere. People are optimistic of some sort of change,” he said.

“As far as I’m concerned, I’m a bit removed from the situation. There’s a certain level of cynicism for how things might turn out.”

Nyatsanga said he would love to return to his country of birth, but would need to see major changes in the economy, the creation of jobs and job security before he would consider it.

“There’s a cautious optimism for the upcoming elections and there are good signs, but you never know what might happen.”

“I’m not registered to vote, so I won’t be going back for the elections,” he said.