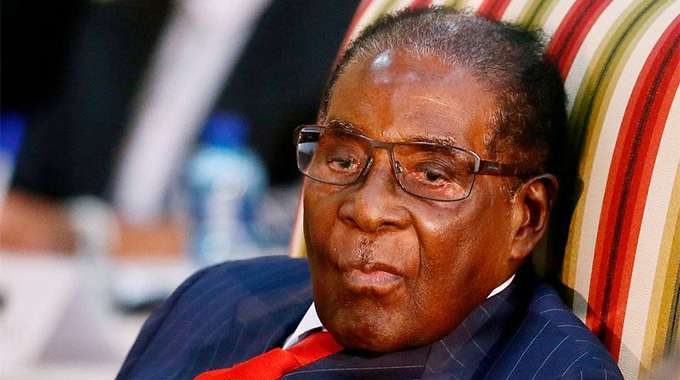 Tendai Rupapa Senior Court Reporter
The trial of a soldier who allegedly stole property worth $49 982 belonging to former president Robert Mugabe failed to kick-off yesterday after the State sought a postponement. The matter will now be heard on May 3. Pepukai Zvakavapano was on perimeter guard duty at Zimbabwe House when he reportedly stole computers, laptops and computer accessories belonging to the former president.

He was denied bail when he initially appeared in court.
Zvakavapano yesterday appeared before Harare magistrate Ms Josephine Sande, who remanded him to the new trial date.
Prosecuting, Ms Francesca Mukumbiri successfully applied for a postponement arguing she wanted to furnish the defence with relevant documents for them to prepare for trial.

On the other hand, Zvakavapano’s lawyer Mr Tinashe Mbala indicated that he also needed time to go through the said documents.
Both parties agreed on May 3 as the date for trial commencement.

Ms Mukumbiri told the court that the State would call 10 witnesses, including Wonder Nyamurima and Oscar Mudenda.
It is alleged that sometime at the beginning of March, Zimbabwe House was supposed to be renovated.
Nyamurima was instructed to transfer Mr Mugabe’s household goods, computers, printers and computer accessories from the house to the former Pollo Ground, where five shipping containers had been placed for the purpose of securing the goods.
He carried out the instructions and securely locked all the containers.

On April 3, at around 2am, Zvakavapano was on perimeter guard duty at Zimbabwe House in the company of his suspected accomplice, known only as Marega, a private in the Zimbabwe National Army, who is still at large.
They allegedly connived to steal property from the shipping containers and broke three padlocks before reportedly stealing computers, laptops and computer accessories.

Zvakavapano allegedly took most of the stolen goods over the precast wall, but was disturbed by other servicemen on patrol and dumped some of the items and ran away.
The two allegedly sold the goods at give-away prices.

It is alleged sometime in January, Gushungo Holdings was selling potatoes and since it had no empty bags to pack the produce, customers were made to bring their own sacks for a refundable fee of 25 cents per bag.
Bhibhi, the State alleged, took advantage of the system and misrepresented to his employer that customers had brought 42 275 empty sacks and paid them $10 569.

It is alleged he pocketed the money before making fictitious invoices purporting that he had given the money to the customers for the empty bags.
Bhibhi appeared before Harare magistrate Ms Tilda Mazhande yesterday charged with fraud.