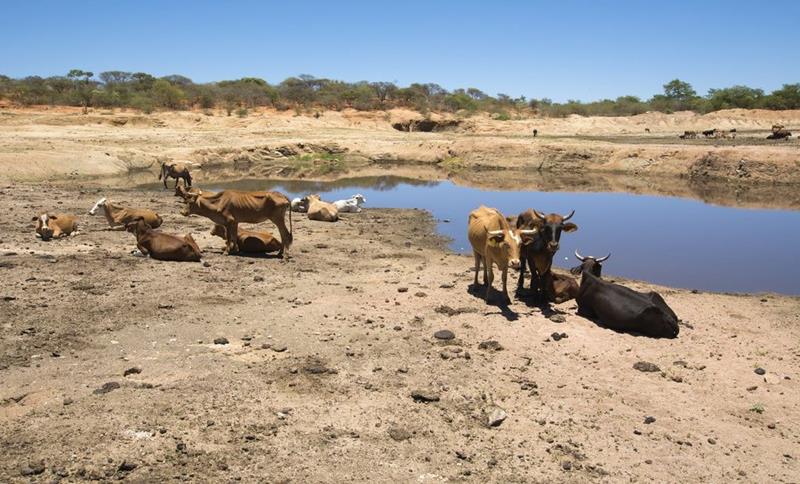 ZIMBABWE faces severe food shortages in its 2019-20 farming season as
farmers are financially hamstrung due to the worsening liquidity crunch.

With the rainy season approaching, most farmers cannot prepare adequately
for the cropping season as prices of fertilisers, seed and other inputs
continue to rise.

The farmers’ incapacitation is a result of reduced returns and failure to
secure working capital from banks in a country with a mechanisation
deficit although Agriculture minister Perrance Shiri says a $10,5 million
Agribank facility had been arranged.
Finance minister Mthuli Ncube has said government is capacitating farmers
through Command Agriculture and the

Agribank facility. Although Ncube promised $3 billion financing during his
mid-term Budget, this is not enough to boost the sector.

This comes after Parliament revealed that over $2 billion was siphoned
last year from Treasury under the guise of funding Command Agriculture.

Zimbabwe’s fertiliser companies currently need $2 billion to produce 400
000 tonnes of fertiliser this season while about 150 000 tonnes is
reportedly locked up in consignment agreements pending release of forex.

Dry weather conditions are the major cause of food insecurity, which is
likely to worsen considerably because of the high cost in staple food
prices; hence the country must come up with sustainable solutions.

For long considered Africa’s breadbasket, Zimbabwe has seen its citizens
going hungry in the past two decades and to avert the crisis, government
is seeking US$3,2 billion emergency assistance, with the European Union
announcing that it is providing an additional EUR10 million in funding to
address the country’s growing humanitarian needs.

Government’s Accelerated Irrigation Programme – targeting the development
of 200 hectares  per district per annum using existing and new dams – will
not hold with these massive power disruptions, which compromise irrigation
development.

This year was also bad for the tobacco sector with a reported 55 percent
drop in tobacco seed sales and poor prices at the auction floors, which
have affected preparations for the coming crop.

And because of the recent drought, maize farmers in particular did not
harvest enough to sell and raise sufficient capital for inputs while loss
of capital and productive assets through crop failure and livestock deaths
throughout the country has been evident.

The lack of locally available vaccines is affecting the national herd and
Zimbabwe is currently importing vaccines to fight foot-and-mouth disease
and brucellosis in cattle.