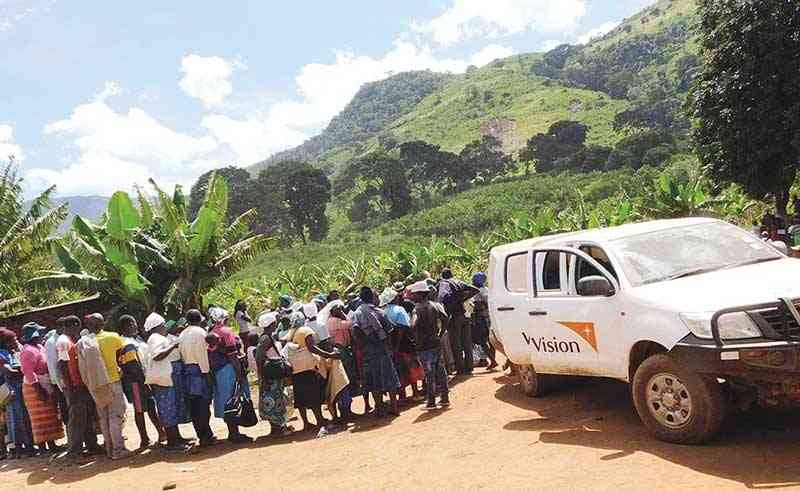 After deficit rainfall led to a poor maize harvest in the summer cropping season of November-March, Tinashe Kubara has another chance.

The 31-year-old farmer from Stoneridge area on the outskirts of Zimbabwe’s capital city Harare set up a borehole-based irrigation facility on his farm towards the end of March by spending US$2 500 and planted maize again.

“With rain-fed farming, it would not have been possible to plant again after a crop failure,” Kubara said.

He has also set aside two-thirds of his 1,2 hectares (ha) for growing vegetables. Kubara is one of the tens of thousands of Zimbabwean farmers who are embracing irrigation for the first time.

In the 1960s, when government introduced irrigation schemes, few farmers opted for them since rains were dependable, he added. Until 1999, the country was a net exporter of grains.

Erratic rains have severely affected Zimbabwe’s traditionally rain-fed farming system with disastrous results for the landlocked nation’s agro-based economy, which now struggles to produce even half of the country’s food requirements.

The number of cold days has decreased while hot days have become more common. Rainfall has decreased by some 20%, while the frequency of droughts has increased from once a decade to about once every three years.

“Floods and droughts are occurring back-to-back within the same season. Mid-season dry spells have also become more frequent now,” professor Desmond Manatsa, executive dean in the Faculty of Science and Engineering at the Bindura University of Science Education in Zimbabwe, told Down To Earth (DTE).

Bonn-based non-profit Germanwatch’s Global Climate Risk Index ranked Zimbabwe among the top 20 countries most affected by the impacts of extreme weather events in 2000-19.

The changing climate has also prompted government to act. In April 2021, it announced the National Accelerated Irrigation Rehabilitation Programme to reduce farmers’ dependence on rain.

Government aims to climate-proof 350 000 ha of cropped area by 2025. While announcing the programme, dubbed Vision 30 Accelerator, Lands, Agriculture, Fisheries, Water and Rural Development minister Anxious Masuku said the strategy involves bringing at least 200ha crop area in every district under irrigation and then revitalising and rehabilitating the land.

The government is also constructing 12 big dams at a cost of US$1,1 billion and restoring existing dams and irrigation schemes as part of the programme.

Zimbabwe is the most dammed country in southern Africa — the country is home to nearly 10 000 of the 12 600 dams in the region (excluding South Africa), most of which were constructed during the colonial days (1890-1980) for irrigation and have been lying neglected.

“There was denial on the part of politicians of what we agronomists were telling them, until now, when the effects of climate change are there for all to see. This explains why irrigation projects were neglected and the dams were not utilised,” the agronomist said.

In May, Lands and Agriculture permanent secretary John Basera told journalists in Harare that half of the targeted 350 000ha had been covered under Vision 30 Accelerator.

ARDA runs 450 smallholder irrigation schemes across the country. The Zimbabwe National Water Authority (Zinwa), the utility that manages all the country’s water resources, is the other major agency implementing the scheme.

Zinwa spokesperson Marjorie Munyonga told DTE that more than 4 000ha have so far been rehabilitated as part of the programme.

Zinwa is also tapping into the country’s vast groundwater reserves for domestic and agricultural purposes.

It has already started drilling the 35 000 boreholes that the government has earmarked to be installed in rural schools, rural service centres and remote rural communities over the next five years.

Resourceful farmers like Kubara who can spend up to US$2 500 are also installing boreholes.

Irrigation can change another pattern in the country. About seven months a year, between the end of one rainy season and the start of another, most rural farmers practically do nothing.

“With irrigation, you can choose how many times you want to cultivate,” 47-year-old Naome Mutize, a farmer who had come to Harare from Mutoko, some 200km northeast of the capital, to buy material to expand her irrigation scheme, said.