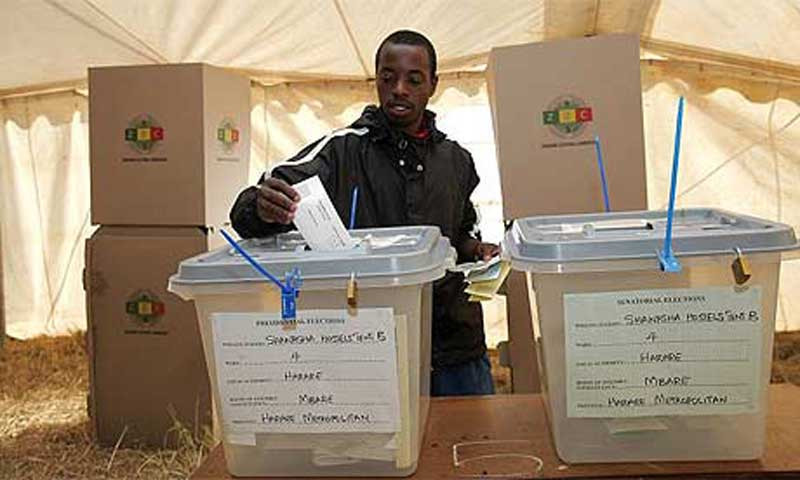 A NEW Afrobarometer survey shows that young Zimbabweans are less likely to register to vote in the general elections expected next year compared to older people.

The survey noted that 68% of Zimbabwean adults were registered to vote in the 2023 elections while 24% intended to register and six percent showed no interest.

“Majority of Zimbabweans say they are registered to vote and intend to cast their ballots in the 2023 elections. But young citizens are considerably less likely than their elders to report being registered, and only slightly more than half of 18 to 35-year-olds say they will probably or definitely vote,” the survey read.

Citizens Coalition for Change (CCC) National Youth leader Stephen Chuma said the situation was worrying and implored the youths to register to vote.

“Indeed, it is disheartening that we still have young people of voting age who are still unregistered as voters. They are, however, not beyond redemption and there is still time to change those statistics. As CCC we continue to urge youths to register to vote in their numbers as this is their only passport to elect leaders of their choice,” Chuma told NewsDay.

He also implored political parties to avail chances to the youths to contest in elections.

Zanu PF director for communications Tafadzwa Mugwadi said the current trend was satisfactory although there was a need to ensure potential voters are assisted.

“Zanu PF is satisfied with the zeal and enthusiasm shown by young people thus far ahead of the 2023 elections. However, we continue to call upon our structures from the cell, branch, district, and CCCs to co-ordinate and assist young potential voters to get them registered to vote. The process is continuous and the signs thus far are very positive for us,” Mugwadi said.