Feature: Why Chamisa has no chance in 2023

Source: Feature: Why Chamisa has no chance in 2023 – NewsDay Zimbabwe 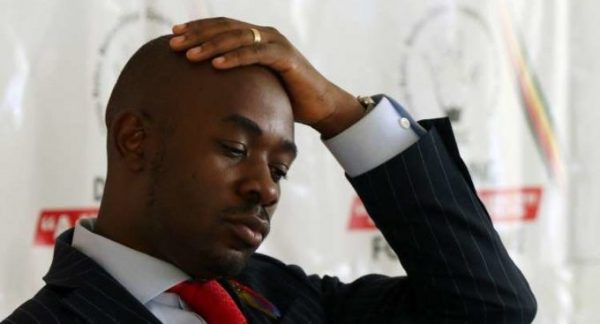 BY NQOBANI NDLOVU
ALL odds are stacked against opposition MDC Alliance leader Nelson Chamisa and the divided opposition as the country marches towards the 2023 elections, with analysts predicting that Zanu PF leader, President Emmerson Mnangagwa will retain the presidency by all means possible.

The chaos, violence and reports of rigging in the ruling Zanu PF’s own internal elections for provincial executives were a precursor of what to expect in the run-up to the 2023 national polls, they say.

They predict a vicious power struggle in Zanu PF ahead of its elective congress in 2022, but noted that the ruling party will quickly gang up to deny the opposition space at the country’s top table.

Mnangagwa has already been endorsed as Zanu PF’s 2023 presidential candidate before the party has even held an elective congress, setting the stage for a possible re-run against Chamisa.

Zimbabwe is set to hold by-elections for the parliamentary and local authority representation on March 26, while political parties are expected to ramp up campaigning for the 2023 polls.

Political analyst Alexander Rusero says 2023 will just be history repeating itself as Zanu PF will seek to consolidate power at all costs to ensure Mnangagwa retains the presidency.

“The truth of the matter is that (this happens) whenever there are elections, there are issues of restricting, capturing and control of the structures of the party, this is obviously a power game. Zanu PF is well intact, at least for now, and whatever is going to happen in the internal dynamics of Zanu PF will not affect its outlook for 2023,” Rusero argues.

Mnangagwa has been holding mini-rallies on the sidelines of State functions to drum up support for his party.

Chamisa has also embarked on whirlwind tours of the countryside, targeting the rural vote.

But his campaigns have been met with violence as suspected ruling party activists and State security agents sought to deny him access to the rural areas long perceived as Zanu PF’s power bases during elections.

“Mnangagwa is going to be 81 years old when he contests and you cannot have a leader who will contest at 81. Now compare with (Vice-President Constantino) Chiwenga (who is 65 and would be 67 in 2023). I think the focus should be on Zanu PF. The opposition unfortunately is not on the board for now. I think by 2028 the opposition would have evolved into a formidable proposition but not now.”

Terror tactics to the fore

Political analyst Rashweat Mukundu ruled out MDC-T leader Douglas Mwonzora and Chamisa forging an alliance against Mnangagwa, but says this will not stop Zanu PF from unleashing its terror campaign to ensure resounding victory.

“We are likely, of course, to see the increased political takeover of State institutions, including the police and Zimbabwe Electoral Commission (Zec) by Zanu PF as it seeks to legitimise whatever method it will use to rig to power in 2023,” Mukundu says.

“I don’t foresee Nelson Chamisa and Douglas Mwonzora reconciling. I think their politics and their understanding of the challenges Zimbabwe is facing is diametrically opposite. Chamisa seeks political legitimacy that is based on a free and fair election, while Mwonzora is more concerned with a strategy of political accommodation rather than respecting the will of the people.”

Edgar Gweshe from the Crisis in Zimbabwe Coalition says all odds are stacked against Chamisa in the battle for control of the country’s body politic.

“Factional fights within Zanu PF are evident, but the party, as history has shown us, will regroup and unite simply for the sake of power even against the will of the electorate,” Gweshe says.

“So Zanu PF will be engaged in a war with internal and external forces, hence our fears of bloodshed come election time. One thing that is quite apparent as well is the fact that Zanu PF is working flat out to decimate the opposition.”

The ghost of Bhora musango

Bulawayo-based commentator Effie Ncube says despite its internal fights, Zanu PF cannot risk a repeat of 2008 when the late former President Robert Mugabe lost the first round of polls to the late MDC founder Morgan Tsvangirai after disgruntled ruling party members reportedly voted against him under an operation code-named Bhora musango.

“Zanu PF will not suddenly change in 2023, it will remain the Zanu PF that is always violent and doesn’t care about the Constitution, the rule of law and respect for human rights,” Ncube says.

“There won’t be any sudden upsurge in democratic appetite on the part of Zanu PF. The elections will be full of intimidation, particularly in rural areas. By and large, there won’t be really any change politically, electorally otherwise.

“The opposition, therefore, will need to up its game because Zanu PF is not going to open up democratic space at all. It needs to fight for every inch of the space to ensure that it does not give Zanu PF room to continue being in power through rigging. That is the way it works. Expecting Zanu PF to assist in democratisation is a joke.”

What is thy name?

Chamisa has other pressing challenges besides Mnangagwa, although the thorn on his side is very much a creation of the Zanu PF leader, analysts say.

Mwonzora has said he plans to use the MDC Alliance name in the elections. With the State machinery inclined against Chamisa, that leaves his formation without a recognised name.

“Unfortunately, Chamisa and Mwonzora are not going to mend ways. I think the move to change the name for Chamisa would be politically unwise, but it puts to rest the Mwonzora shenanigans and who is going to maintain the MDC name,” Rusero says.

“Zanu PF is pretty much in control right now.

“There is a thin line of separation between Zanu PF and the State and opposition whatever they might want to claim it is in disarray. You will only see the activity of the MDC on Twitter …”

And unless Chamisa rolls out some major campaign activity in the time before the 2023 polls, Mnangagwa will race to victory in 2023, Rusero said.