In late July (2021) President Emmerson Mnangagwa handed over 19 state of the art vehicles to leaders of fringe political parties that participated in the 2018 harmonised elections. 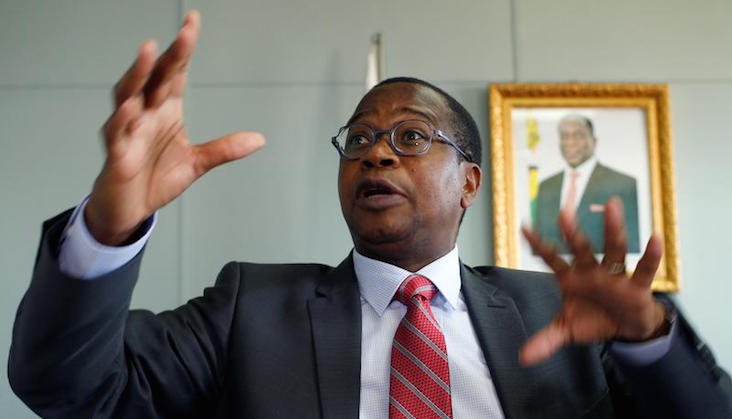 The vehicles were handed over to political party leaders under the Political Actors Dialogue (POLAD).

The move to create POLAD was largely seen as part of a desperate attempt by President Mnangagwa to gain loyalty and buy legitimacy following the disputed 2018 elections which largely failed the credibility test.

Following the move to hand over the vehicles to POLAD, a cross section of Zimbabweans protested that Mnangagwa was wasting taxpayers money at a time government was failing to fund key sectors such as health and education. Concern was raised over Mnangagwa’s preoccupation with consolidating political power at the expense of everything.

Crisis in Zimbabwe Coalition member, the Youth Alliance for Democracy (YAD) has amplified the concerns of ordinary Zimbabweans in a letter addressed to Finance Minister Mthuli Ncube.

The letter seeks to push Ncube to explain the source of the funds used to purchase the POLAD vehicles.

As the Coalition, we stand in solidarity with YAD and reiterate that Ncube owes Zimbabweans an explanation on the source of the funds used to buy the 19 state of the art vehicles.

Below, we publish the YAD letter to Ncube;

Minister of Finance and Economic Development

RE: REQUEST FOR INFORMATION ON FUNDING FOR POLITICAL ACTORS DIALOGUE (POLAD) VEHICLES

Reference is made to the above in response to vehicles allocated to political parties under the banner of POLAD.

We kindly request information on where funding for vehicles allocated to POLAD principles was drawn from. By making this request we are guided by Section 62(1) & (2) of the 2013 Constitution of Zimbabwe which states that “every Zimbabwean citizen or permanent resident, including juristic person’s….has the right of access to any information held by the State or by any institution or agency of government at every level, in so far as the information is required in the interests of public accountability and for the exercise or protection of a right. The information required is meant to promote public accountability and protection of access to information as a human right. Section 68 accords every person the right to administrative conduct that is lawful, prompt, efficient, reasonable, proportionate, impartial and both substantively and procedurally fair.

Section 194 provide for basic values and principles governing public administration. Section 194(1)(a), (b), (c), (d), (f) and (h) provides that public administration in all tiers of government, including institutions and agencies of the State and government-controlled entities and other public enterprises, must be governed by the democratic values and principles enshrined in the Constitution, including the following principles: (1) promoting and maintaining high standard of professional ethics; (2) efficient and economical use of resources; (3) development-oriented public administration (4) provision of services impartially, fairly, equitably and without bias; (5) accountability to Parliament and the people (6) fostering transparency through timely provision of accessible and accurate information to the public. Chapter 17 of the Constitution of Zimbabwe lays out financial management system, authorization of expenditure and safeguarding of public funds and property.

By making this request we are guided by Section 194(1)(e) which states that people’s needs must be responded to within a reasonable time.

We look forward to hear from you.

For further information do not hesitate to contact the undersigned.