Source: Finding the Road into the Future

In the past few weeks, the debate has raged across this country as to what we should be doing to bring some stability to our financial system and to control inflation. In both respects, after some progress in 2021, the first seven months of 2022 have revealed serious weaknesses and distortions in our present policy environment. 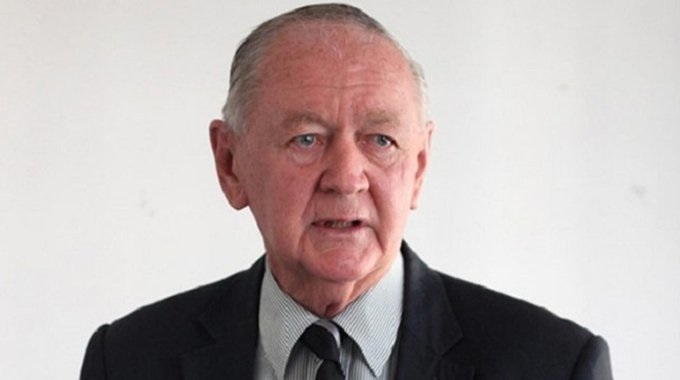 What we achieved between July 2018 and December 2021, was very considerable and these changes were adopted by the new Government even though it involved very considerable costs. At the end of this period all the fundamentals were in place: –

In 2022, all of the above factors except the recovery in agriculture, are still in place, yet the exchange rate has suddenly devalued at an accelerating rate. The inflation rate – predicted by our monetary authorities in 2021 to continue to decline, has instead accelerated and now threatens to be at hyperinflation levels by the year end. The local currency has lost 99.3 per cent of its value since its introduction in 2019. Soon it will be worthless.

The consequences for all those who depend on the local currency for a living, has been catastrophic. In effect we are rapidly dollarising – just as we did in 2008 and then formally in 2009. If this process continues, our domestic industrial base will come under real pressure, imports will accelerate and our export industries will be less competitive just at a time when the current boom in export earnings is almost certain to decline. The consequences for our economy of any further growth in the use of the US dollar as a means of exchange will be very serious and long term.

The question we all have to answer is why we are now so far off course? Just where is the road that we were on last year, right now it looks to me as if we are lost and once again in the bush without a compass.

Last year my son and I went fishing at my favourite place, the Chiwore Fishing Camp on the Zambezi River. On our way home we decided to take the route through Muzarabani. As we drove we noticed that the road we had taken was steadily deteriorating into a bush track, heavily overgrown. As the road deteriorated I stated that I thought we had taken a wrong turn and that if we continued we would cross the border into Mozambique. We were lost.

At that moment I pulled out my cell phone, turned it on and found I had a tiny signal from an Econet tower somewhere. I turned on my GPS and there we were, a dot in the Zambezi Valley headed to nowhere. My GPS told us clearly where to go and in an hour we were crossing the Angwa River bridge and back on the way home. Unfortunately, it is not so easy to find the road on which Zimbabwe should be travelling into the future.

First, what has happened? In my view it is a combination of several different things, the currency auction is no longer part of the solution, it has itself become a problem. The backlog in auction clearances remains at several hundred million dollars and ties up many billions of local currencies which otherwise should be in circulation. When the Reserve Bank has to buy hard currency to settle outstanding bids, it now has to pay three times or more for the currency and I assume it is printing the money to do so. Business has no choice but to go back to the informal market for its needs.

Secondly, a growing economy needs more hard currency to meet its needs, yet we have actually reduced the amount of currency being traded formally. This has in turn increased pressure on the alternative.

Finally, our failure to adopt a normal, simple system of foreign exchange trading has allowed our very well developed community of money traders and arbitrage seekers (or “rent” seekers) to exploit this weakness and to make billions at the expense of everyone else. It is this group who in fact control the levers of power through a system of state capture, that are holding the rest of us to ransom. These are our Guptas.

So, what is the solution? We do not need to look to the IMF or the World Bank for ideas, just our fellow SADC States. When I travel to any of our neighbours, it is their own currency that I must use to buy local services and goods. I cannot use any US dollars that I might take as a precaution that my bank card will not work. If I want a local service or to do some local shopping then I have to go to a bank and change my money or use my bank card.

In the Far East, all the Asian Tiger economies use the same system, but in addition they deliberately keep their own currency undervalued by buying in hard currency as an exchange rate that will ensure their export industries will thrive. A strong Japanese Yen almost always results in a decline in the value of Japanese stocks and shares. If you watch the Jen closely you will know that the Yen has been systematically devalued over the past few months.

African States have yet to discover the merit of such a practice. In my view, the South African Rand is overvalued and international money traders see this and buy the Rand – further strengthening the Rand at the expense of the local economy. These traders destroy jobs, they do not create them.

So, what should we be doing? Almost the complete opposite of what we have done in the past month. We should be driving a known and accepted dedollarisation program. Our own currency – whatever it is called, should become the currency of choice in all local transactions.

Secondly, all incoming hard currency, from whatever source should be converted on arrival at an exchange rate determined by the market, by supply and demand. If this were to happen today the local currency would strengthen rapidly, the PMR rate would collapse and all arbitrage opportunities would be wiped out.

Under such conditions, in my view, the Reserve Bank would have to start buying hard currency off the market and placing it in official reserves. These reserves could easily be converted into gold and held at the Bank to underwrite our borrowings and our currency. It would also result in many of the shadowy transactions that take place across our borders becoming unviable. Exchange control on the current account should be totally liberalised.