Scores of small and medium enterprises (SME) traders at Super Bake Shopping Mall in Karoi were on Tuesday evening left counting their losses after goods worth thousands of dollars were burnt to ashes in a fire accident, suspected to have been caused by an electrical fault.

Speaking to The Herald following the incident, Mr Brighton Mabhandi, an informal trader who operates at the complex, said it is believed an electrical fault caused the inferno which started around 4pm.

“When the fire started, I was not around, but those who were present called me and I had to rush back. When I got here, the rooms were on fire and there was smoke everywhere.

“We suspect that an electrical fault caused the fire which was intense,” said Mr Mabhandi. 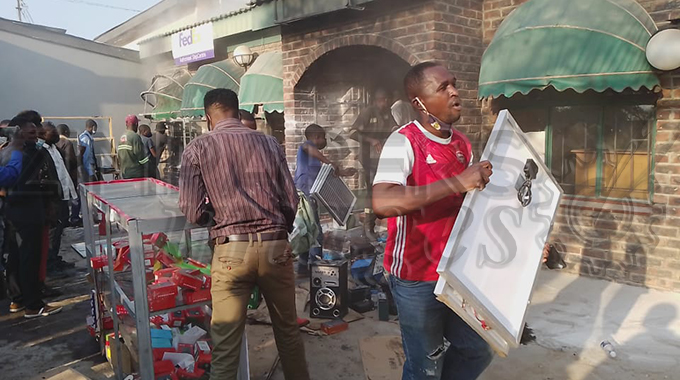 Residents joined in attempting to put out the fire as it became evident the Karoi Town Council fire brigade would not make it to the scene on time.

Business owners, with help from their employees, braved the fire and managed to salvage some wares, but valuable property had already gone up in smoke. 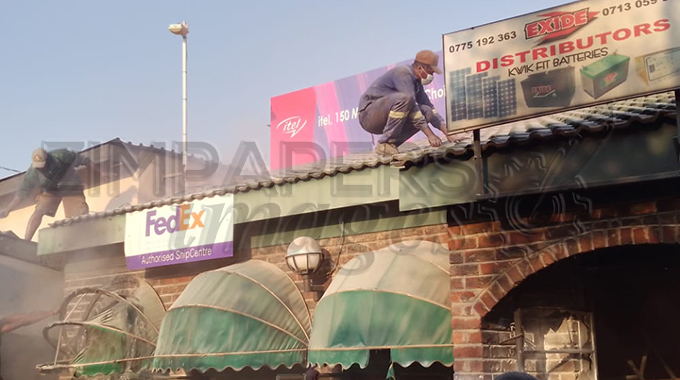 “There was a fire which broke out, but unfortunately our fire tender is down. The town secretary was actually in the process of procuring the spares.

“Rescue efforts entailed using water bowsers while monitoring if the blaze was spreading to adjacent buildings. We reacted according to our capacity. It’s unfortunate to those who lost their wares. It’s a sad development,” said Cllr Matsika.

He said Karoi had sought help to extinguish the blaze from Chinhoyi Municipality, but their fire tender is also down.