MUSINA – Five Zimbabweans died Saturday morning following a collision between a Toyota Quantum mini-bus they were traveling in  and a Sable Class coach between Musina and the Border Post in South Africa.

The incident occurred around 4am about 10km from Beitbridge Border Post. 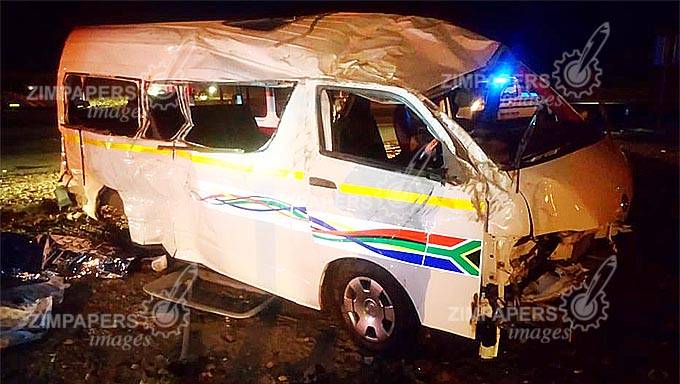 The Toyota Quantum in which five Zimbabweans perished after it collided with a coach Saturday morning.

He said both the minibus and the coach were travelling to Zimbabwe from Johannesburg.

He said the Toyota minibus made a sudden turn in front of the bus resulting in the collision.