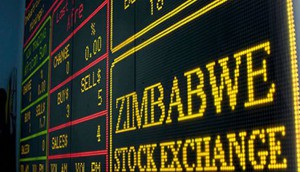 THE Zimbabwe Stock Exchange (ZSE)  has experienced capital flight during the year to July 31, as foreign sales amounting to $60,9 million outweighed foreign purchases of $33,5 million, resulting in a net capital outflow of $27,4 million.

Participation on the local bourse by foreigners has however, been generally lower compared to last year, registering 33,8 percent of the trades in the seven months to July 31,  down from the 62,36 percent achieved in the same period last year.

Foreign portfolio flows, from equity purchases by foreign investors, provide  both liquidity and stability on the market which is positive for not only listed firms but the country at large, but now the market seems to be dominated by local investors, as foreigners lose appetite for local shares.

A leading research firm and stockbroker, MMC Capital, in its latest economic report this week, expressed concern over capital flight , which has become a characteristic of the local bourse.

“The difficulty in remitting sale proceeds, driven by Nostro pressures, resulted in some foreign investors opting to sell and reserve better positions in the remitting queue. The trend is worrying given that attracting foreign capital inflows has an overall positive impact on economic growth,” MMC Capital said.

MMC Capital said the current bull run on the ZSE is driven by local institutional investors who a opting to hold equities in order to hedge their investment portfolios from inflationary expectations.

“Our view is that the surge in equities has largely been driven by local institutional investors seeking real growth component (inflation hedge) that is provided by equities. Monetary developments namely; increasing RTGs balances relative to USD cash and Nostro balances, which have pushed up premiums on USD notes, continue to drive inflationary expectations,” MMC Capital added.

The research firm also said that equities are presenting attractive returns relative to other investment alternatives.

“Given the minimal investment asset classes on the local market (equities, fixed income and real estate), equities remained the better asset class, given unattractive returns in the other asset classes,” MMC Capital said.

MMC Capital said according to their valuation metrics, the local bourse is currently overvalued and also prime for a reversal, but the growing premium between the greenback and the RTGs defies the odds.

metric, the growing premium between the USD notes and RTGs premium points to a

The central bank is establishing a Zimbabwe Portfolio Investment Fund to the tune of $5 million , to facilitate the efficient repatriation of portfolio related funds to foreign investors invested specifically on the Zimbabwe Stock Exchange (ZSE).

As at June the country had a backlog of $75 million in dividends and proceeds from sales that are owed to foreign investors.

“The Bank shall place an initial seed capital of $5 million in this Fund to kick-start the repatriation mechanism and improve investor confidence,” Mangudya said.

The fund will focus on the collection and repatriation of foreign funds related to portfolio equity purchases and sales, with the scope of the fund to include the repatriation of dividends at a later date, Mangudya said.

The fund shall be put in place with effect from September 1, with the central bank having an oversight role for monitoring purposes and maintaining integrity and transparency in the functioning of the fund.

Two commercial banks shall be used to ensure that all incoming and outgoing portfolio funds, shall be  collected andpooled into the fund, with payments made on a first-in-first-out basis and, if required, on a pro rata basis in line with funds available in the fund post contribution. Excess funds raised will be allocated to clear the backlog with capital gainsprioritised over dividends. – The Source