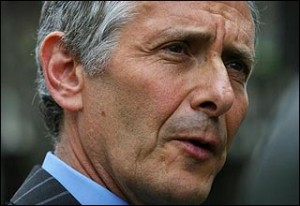 A MANDATORY offer to buy out CFI minority shareholders by Stalap Investments which closed last week found no takers after the agro-industrial firm’s share price skyrocketed amid aggressive buying by British investor, Nicholas van Hoogstraten, who mounted an audacious rival offer a fortnight ago.
CFI said in a notice to shareholders published today that Stalap’s offer of $0,22 per CFI share to minority shareholders, which opened on July 17 and closed on August 4, did not get any support.

“Stalap has advised that due to the unanticipated increases in the market price of CFI shares above the offer price following the opening of the mandatory offer, they have not received any shares on this mandatory offer,” CFI said in the notice.

The CFI share traded at 18 cents on the day Stalap’s offer was announced and 21,6 cents when the offer opened. It had risen to 54,33 cents during yesterday’s trade.

Stalap, an investment vehicle owned by Zimre and the National Social Security Authority (NSSA), made the mandatory offer to buy out minority shareholders in CFI after increasing its shareholding in the company to 41 percent following NSSA’s decision to fold its 13 percent shareholding into the vehicle.

According to Zimbabwe Stock Exchange (ZSE) listing rules, a shareholder who reaches 35 percent shareholding in a listed company can make a mandatory offer to minorities.

However, Messina Investments, a vehicle controlled by van Hoogstraten, who has been battling NSSA and Zimre for control of CFI, made a counter offer of $0,46 per share.
The Financial Gazette understands that at the close of last week, the British tycoon’s son who is handling the matter locally had managed to buy 700 000 shares.

Insiders said Messina has also secured several more shares in the pipeline.
The Messina offer — made outside the regulatory ambit and published on a Messina letterhead as opposed to the CFI letterhead used for the Stalap offer — sought to persuade CFI shareholders to shun the formal offer.
“We urge all minority shareholders not to sell their shares but to support in the reversal of the Langford Estates land sale and in combating the further destruction of shareholder value that a return to Zimre/NSSA control would entail. In any case, the current ZSE market price is considerably higher than the offer price of 22 cents from Stalap,” Messina said in its offer to shareholders dated July 25.

“In the event that any shareholders do wish to sell their shares … we will pay 46 cents per share, net of all dealing costs.”

Both the ZSE and the Securities Exchange Commission have rebuked Messina for violating market rules.
Stalap’s flopped offer is a huge setback to NSSA and Zimre’s plans to gain unassailable control of CFI, which they seek to recapitalise in a $12 million rights offer, which would have followed the buy-out of minorities.