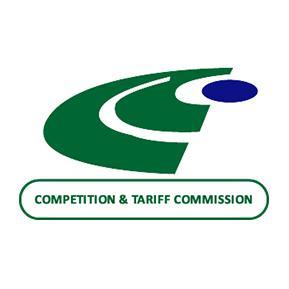 Foreign investors are dominating the local mergers and acquisitions scene with 73% of all approved mergers since June 2017 concluded by foreign parties, the Competition and Tariff Commission (CTC) says.

CTC director Ellen Ruparanganda told businessdigest last week that that the Commission had reviewed over 216 mergers since its inception in 1998 with over 167 mergers have been approved to date.

“Effect on Employment is one of the considerations in merger examination process. The Commission thus strives to preserve existing jobs as well as creating more jobs. If there are job losses as a result of approved mergers that information is not available to the commission. The commission received a total of seventeen (17) merger transactions in 2017 and eight (8) merger transactions for the period January to June 2018, making a total of twenty-five (25) transactions handled to date.73% of the approved mergers involved foreign firms acquiring local firms. The majority of the foreign firms are from South Africa,” she said in e-mailed responses.

Ruparanganda said while some foreign firms also used the mergers to acquire cheap assets in the Zimbabwean economy, this may indicate that the local financial market is not able to service the market and resorts to mergers for capitalisation.

The mergers were among different parties including those that were between both local parties, a combination of local and foreign parties and those between foreign parties with no physical local presence but distributing their products into Zimbabwe.

“The major drivers for mergers include the following: fulfillment of joint venture agreements and disposal of non-performing assets, firm strategies to increase access to capital given the capital constraints in the country, retooling to improve capacity utilisation, assisting failing firms thereby resuscitating production,” she said.

During the period, only one merger was rejected as it would have resulted in substantial lessening of competition and was likely to create a monopoly situation in the specific industrial sector.

She said the commission was looking at more mergers as the economy has become open for business.

“Mergers are a function of economic activity. As the economy is expected to rejuvenate after the 30 July 2018 elections and as Zimbabwe is now open for business more mergers particularly those that involve foreign companies are expected,” she said.

The half year to June 30 2018 saw a merger between Linde AG and Praxair incorporation, an Irish holding company, being classified as a horizontal merger.

Another transaction which was classified as the horizontal merger was the acquisition of a 15% shareholding in Grinding Media South Africa (Pvt) Limited by Magotteaux International South Africa.

The planned mergers will see the Special Economic Zone being merged with the Zimbabwe Investment Authority, ZimTrade and the Joint Venture Unit to establish a one-stop shop for potential business investors.