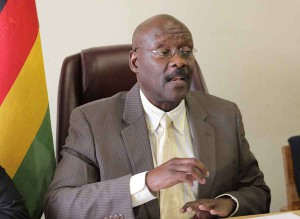 ZIMBABWE’S private health sector is failing to equip its hospitals with modern equipment due to shortages of foreign currency and general cash.

Private Hospitals Association of Zimbabwe (PHAZ) chairman Riaz Ahmed told The Financial Gazette that hospitals were facing a number of operational challenges caused by the financial crisis in the country.
“We are facing a shortage of drugs and foreign currency. They say we are on the priority list because we need to buy hospital equipment, but we are still waiting for the money to be allocated to us … drug companies are struggling to import medicines because of the shortage of foreign currency,” Ahmed said.
Major public referral hospitals across the country face collapse owing to rising debts, outdated equipment, poor funding and maladministration, among other pressing problems.

Ahmed called on government to expedite the implementation of the Health Bill to stop medical aid societies from opening their own hospitals.

“We hope this is going to resolve most of our problems between service providers and funders, especially the conflict of interest by funders who are also becoming service providers. They should not open hospitals. This conflict of interest should stop as medical aid societies should stick to funding and not service provision. It pushes other health practitioners out of business. You also find that these medical aid societies are promoting medical tourism by sending their patients to India for treatment, shunning local treatment,” he added.

Medical aid societies have repeatedly cited the high cost of medical procedures in Zimbabwe as the reason behind medical tourism, especially to India.

Addressing delegates at the PHAZ conference in Nyanga recently, Ahmed also highlighted the failure by health funders to honour the five percent tariff increase gazetted in 2014 as an impediment to the operations of service providers.

“The Association of Health Funders of Zimbabwe is only paying 2,5 percent and the other 2,5 percent is being charged as a shortfall to the patient, burdening already struggling Zimbabweans. Also delays by some funders in paying service providers has also posed challenges in their operations,” he said.
Health and Child Welfare Minister David Parirenyatwa (pictured), whose speech was read on his behalf by Manicaland provincial medical director Pratron Mafaune, urged medical aid societies to pay the full amount for service rendered within 60 days of receiving a claim.