Forget about US$ salaries: Ncube 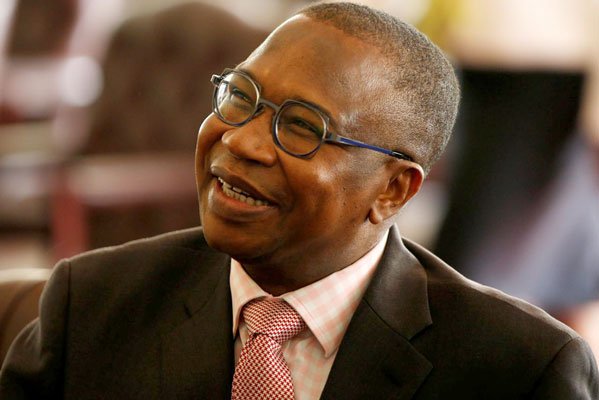 Finance minister Mthuli Ncube has poured cold water on demands by civil servants to be paid in United States dollars, saying union leaders are misleading “gullible” members by claiming the government has capacity to pay salaries in foreign currency.

Ncube told The Standard in an exclusive interview on the sidelines of the just ended Zanu PF conference in Esigodini, Matabeleland South, yesterday that government had no capacity to pay salaries in foreign currency because it did not generate US dollars.

“The government doesn’t, as you know, produce US dollars,” he said in response to a question about the impact of his austerity measures.

“All we know is that US dollars are allocated at the central bank to productive sectors, to areas of need such as fuel, fertilisers and so forth, so there is no question of government providing salaries in US dollars,” he added.

Ncube said this a day after senior doctors joined the on-going strike by their juniors, who started boycotting work on December 1 demanding to be paid in US dollars.

The doctors argued that the devaluation of the bond note on the parallel foreign currency market and rising prices of goods and services had rendered their salaries meaningless.

Other civil servants, including teachers, have also tabled demands to be paid in foreign currency.

The Amalgamated Rural Teachers’ Union of Zimbabwe members are currently on a protest march from Mutare to Harare demanding that they be paid in US dollars.

On arrival in Harare, they plan to camp at Ncube’s offices to press him to accede to their demands. However, the minister said the government was not going to succumb to the demands.

“Government does not produce US dollars in the first place. I urge them to desist from misleading their members; it is not fair that the enlightened leadership mislead their gullible members in this way.”

The government insists that the bond note is at par with the US dollars, but most businesses are aligning their prices with the obtaining rates on the foreign currency parallel market.