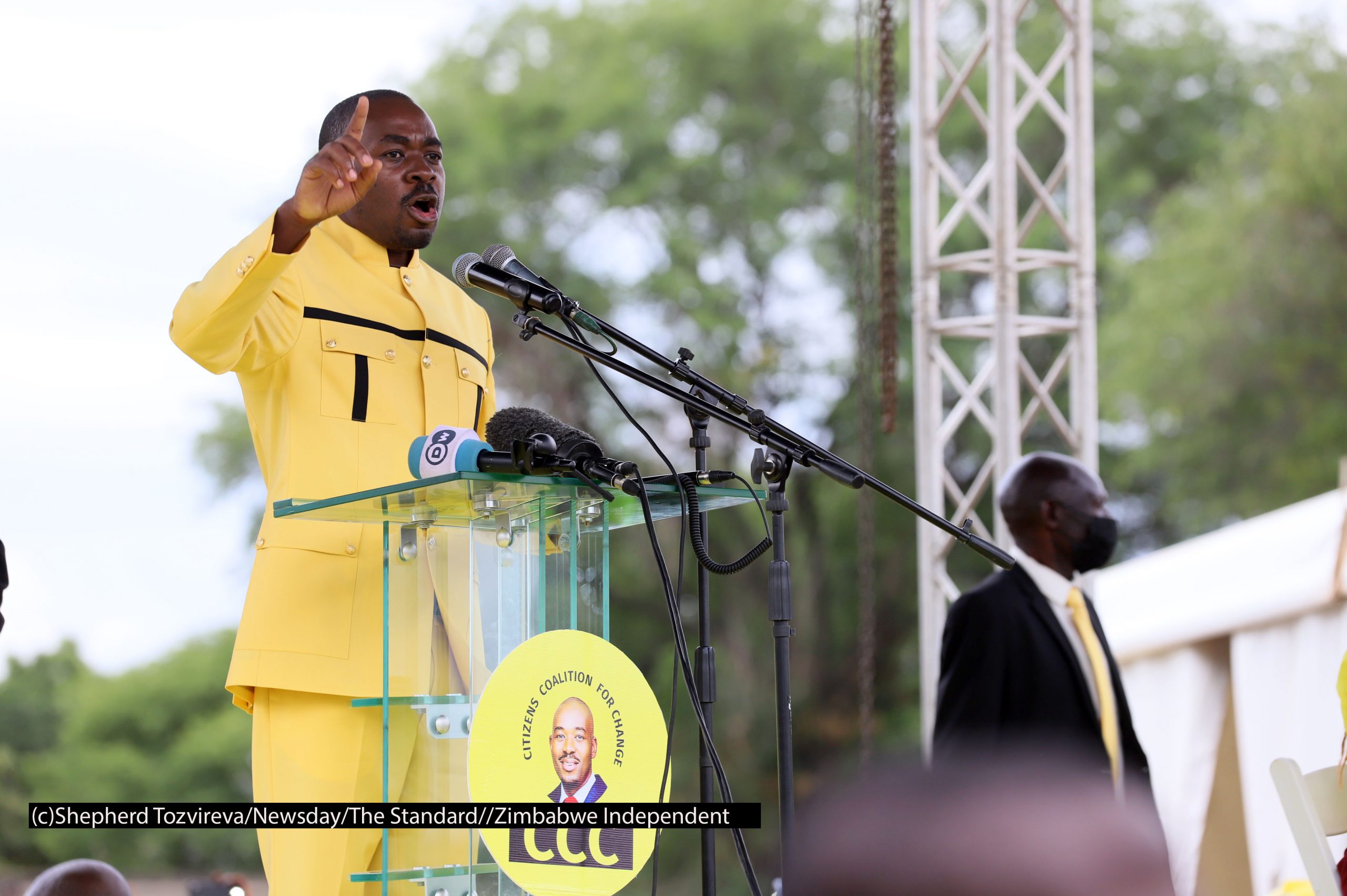 “Stop the auction system and go for dollarisation,” Chamisa said in a position paper on the state of the economy.

“This will immediately remove distortions, multiple pricing, arbitrage, secure stability and save exporting companies from imminent collapse and help all businesses and economic agents to preserve capital.”

Mnangagwa re-introduced the Zimbabwe dollar in 2019 after a decade of relative stability without it, but the local currency quickly lost the confidence of the market, and has been on a tailspin amid rising inflation that has triggered a wave of price hikes.

Business organisations have also raised concern over the Reserve Bank of Zimbabwe’s (RBZ’s) forex auction system, which they say was skewed towards the connected to access cheap hard currency.

Last week, the Confederation of Zimbabwe Industries (CZI) called on the RBZ to suspend the auction system to stabilise the exchange rate and the currency after the Zimbabwe dollar plunged to $400 against the US dollar on the parallel
market.

However, the RBZ came out guns blazing, saying there was no going back on de-dollarisation.

But Chamisa said the RBZ’s attack on the CZI position paper was regrettable.

“There is a crisis of confidence in the market. Citizens are suffering from the price hikes and deepening poverty level. All government policies must be demand-driven, inclusive and fully consultative,” he said.

“We should immediately work on a de-dollarisation roadmap which is inclusive and evidence-based and built on consensus as opposed to command economics and threatening businesses with statutory instruments.”

He added: “To address the economic challenges such as the exchange rate spiral and inflation caused by short-term finance on infrastructure, the government must use long-term finance such as diaspora bonds and public private partnerships to fund infrastructure.”

However, economic analysts said dollarisation only offered short, but not long-term solution to Zimbabwe’s economic problems.

Economist Gift Mugano said: “We should go for full dollarisation clearly because the current economic trajectory has rejected the Zimbabwean dollar. It’s difficult for businesses to run their companies when rates are changing everyday.

“With these ugly indicators, there is no company that can operate sustainably. In any way the economy is already dollarised as evidenced by the rejection of the Zimbabwe dollar by retailers.”

Some retailers are now selling some of their products exclusively in United States dollars.

Economist Maxwell Saungweme, however, said dollarisation was not sustainable.

“The fundamental issue is not about dollarisation, but stability of our local currency. Zimbabwe needs to have its own stable currency. What must be done is to work on measures to stabilise our local, not advocating for its removal and replacing it with the US dollar,” he said.

“Our biggest macro-economic and development challenge right now is the chronic high inflationary environment which in my view is being driven largely by high money supply growth and the widening black-market premium, which is being caused by the distortions which we have in the auction market,” he said.