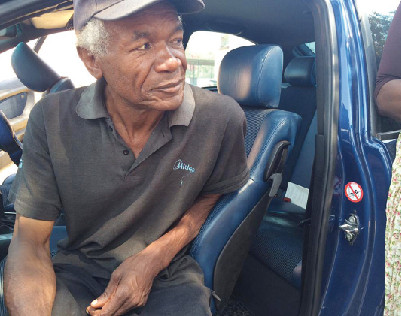 FORMER Zimbabwean deputy ambassador to Tanzania in the 1980s, Stanley Chabvepi, died last week and was buried over the weekend at his rural home in Mufuka village under Chief Marozva in Bikita. He was 68.

Chabvepi, who was now a project co-co-ordinator for Bikita People Living with HIV and Aids, was a deputy diplomat during the late former President Robert Mugabe’s era, before he was recalled. The reasons for his recall remained unclear until his time of death.

He had a short stint as an English teacher at Gwindingwi High School in Bikita in the 1990s before quitting to pursue a political career. He later enrolled for the National Youth Service in a bid to penetrate Zanu PF party structures.

He also contested the parliamentary seat for Bikita West as a Zanu PF candidate and later as an independent several times, but lost to retired Colonel Claudius Makova. He, however, became Zanu PF ward 11 councillor for three successive terms until he lost to an MDC candidate in 2008.

In 2010, Chabvepi, who was now visually-impaired, made a passionate plea for food aid from Charles Ray, the then United States ambassador to Zimbabwe. Ray donated a grinding mill and food to Chabvepi and other villagers. At the time of his death, he was surviving on meagre rentals from the shops he inherited from his mother.

MDC Alliance district executive member Vincent Jaricha described Chabvepi as a level-headed Zanu PF member who never participated in the torture of opposition supporters during the 2008 presidential election run-off campaign.
“Although he had his shortcomings, to us he was a level-headed Zanu PF member who never took political differences personally. A Zanu PF political base in ward 11 was established at Joseph Mude (current Chief Marozva)’s homestead, a stone’s throw from his home, but he was not directly involved,” Jaricha said.
Former Bikita West MP Heya Shoko (MDC) echoed similar sentiments, saying although Chabvepi was directly involved in the 2001 Bikita West by-election violence, he was a totally changed man in later years, who could tolerate different political views.

Chabvepi was the only son to the late Zanu PF national consultative assembly member Chinhamo Chabvepi.
Zanu PF Masvingo provincial spokesperson Ronald Ndava could not be reached for comment.