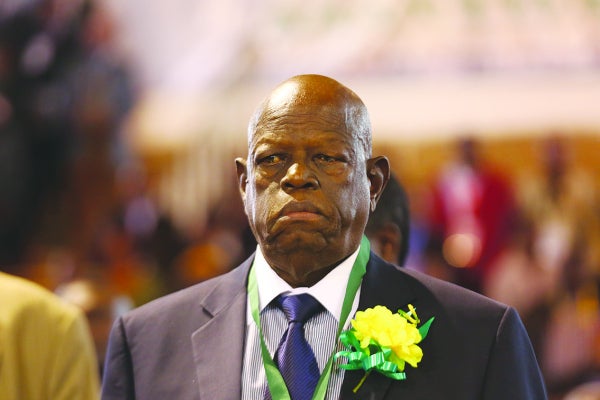 IN his yet to be released autobiagraphy, former War Veterans minister Tshinga Dube , has reiterated claims that the late Retired General Solomon Mujuru could have been murdered after a political or business deal went sour.

Mujuru died in 2011 in a fire at his Beatrice farmhouse just outside the capital Harare under mysterious circumstances.

“There were some people who were malicious; they even went to claim she (Joice) was responsible for her late husband’s death. For some unknown reason, perhaps out of fear and respect, Mujuru did not defend herself. There has been no explanation to date about her husband’s death in an inferno in their Beatrice house,” wrote Dube in his autobiography Quiet Flows The Zambezi to be launched on Friday.

Dube’s autobiography was edited and published by Pathisa Nyathi’s Amagugu Publishers.
“What led to his death may have been political or some business enterprise that went wrong. There are people who think it was to do with a diamond mine in which he had some shares,” Dube wrote.
“At the time of his death, some shares were set to be disposed of as part of the community share ownership scheme. Mossad, the Israel intelligence outfit, is alleged to have been involved.

Anyway, such inexplicable political events are part of Zimbabwe.”

An inquest into Mujuru’s death concluded that there was no foul play despite speculation to the contrary.

Dube adds that Mujuru was destined to be the country’s leader had it not been for then First Lady Grace Mugabe’s surprise entry into politics and her ambitions for the lofty post.

“…The turning point came when the First Lady Amai Grace Mugabe entered the political fray when she had never been a politician. Amai Mugabe burst into something unknown seeking to oust VP Joyce Mujuru.

“All indications had been that President Robert Mugabe was ready and willing to pass on the baton to his VP Joice Mujuru. In her typical crude style, Amai Grcae Mugabe made accusations against VP Mujuru, some of which bordered on witchcraft and prostitution.”

Mujuru was fired from government in 2014 alongside eight other ministers for allegedly plotting to overthrow Mugabe.