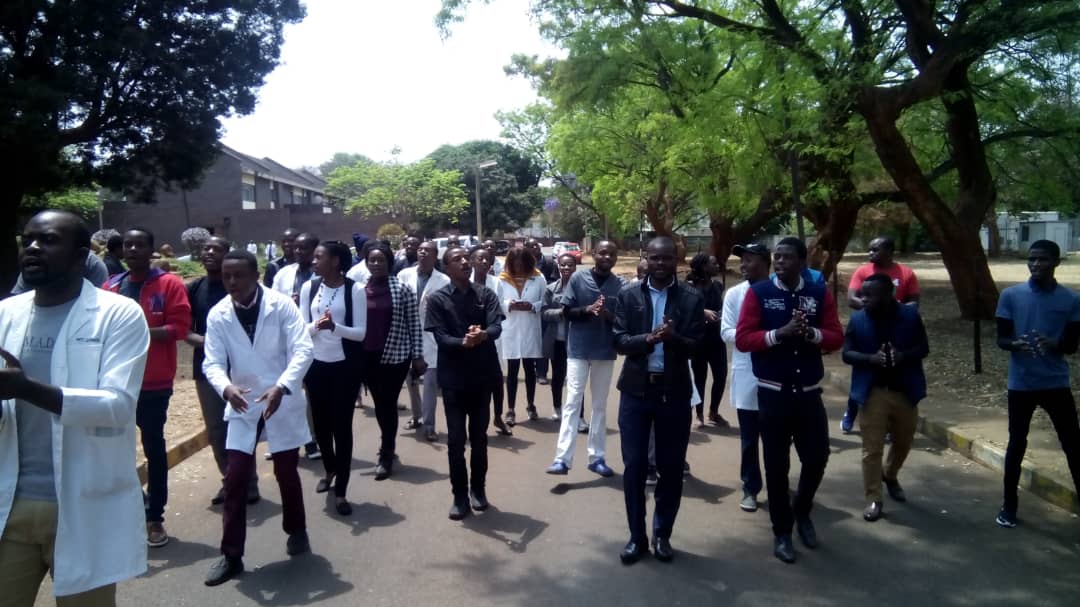 DIALOGUE between the Zimbabwe Hospital Doctors’ Association (ZHDA) and the Health ministry has not yielded positive results, with the employer still to make an offer to the striking medical, practitioners.

Speaking to NewsDay, ZHDA treasurer general Tapiwa Mungofa said the talks so far have not brought anything tangible.

“Talks are ongoing and there is no agreement as yet,” Mungofa said.

Doctors have not been reporting for work for the past 77 days, but their employer has not heeded their call, but instead sacked 346 for absenteeism.

Mungofa said they met once last week and are waiting for a response from the ministry, hopefully this week.

“We only had one meeting last week with the minister and there was no offer, the agreement was that he is going to take our demands to relevant authorities and get back to us and the next meeting is this week,” he said

In an update given by the association yesterday, doctors say they were ready to go back to work if, among other demands, the mass laying off of practitioners stops forthwith. “We expressed our willingness to return to work immediately upon fulfilment of the following five points: Cessation of all hostility (hearings, dismissals, salary cuts and evictions),” the doctors said.

ZHDA is appealing to doctors who have received their November salaries to share with those who were removed from the payroll. “It’s two months now without salaries for troops in the trenches.

Contacted for comment, Health Services Board chairperson, Paulinus Sikosana said, they were not part of the dialogue and were not in a position to comment.

Health minister Obadiah Moyo and his deputy John Mangwiro could not be reached for comment.