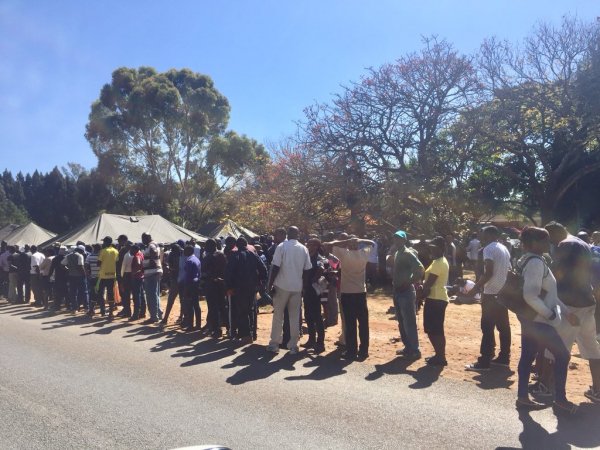 THE conclusion by the Commonwealth observer mission to Zimbabwe that the just-ended elections could not have been free, fair and credible due to some issues that were not resolved until polling day, has confirmed our fears.

In fact, the grey areas the Commonwealth observer mission pointed out were the same things that we have consistently highlighted since the campaign period went into overdrive.

Regardless of the fact that the elections were held in a peaceful environment does not, however, mean that the outcome was always going to be free, fair and credible as claimed by some quarters.

The shooting of innocent civilians by members of the Presidential Guard on Wednesday has apparently blighted the outcome of the July 30.

We commend the Commonwealth observer group headed by former Ghanaian President John Dramani Mahama for their steadfast position on Zimbabwe, to ensure the outcome of the vote is not contested, something which could derail the country’s economic recovery.

The Mahama group boldly raised the red flag around issues of intimidation, using food aid and traditional leaders to galvanise support, as well as the large numbers of assisted voters. These were issues that would need to be ironed out in the future if Zimbabwe is to truly become a healthy democracy.

It is critical at this time for political leaders to handle their differences in a more civil and mature manner underpinned by the demonstration of commitment to democracy, calm and tolerance.

Resorting to violence and some underhand tactics are habits that must be tossed into the trash can as we seek to break away from a blood-littered political past in which selfish politicians walk to the State House over dead bodies.

The use of soldiers and live ammunition on unarmed demonstrators should have been the last resort. The decision by government to use the military to contend with unarmed civilians was particularly a sore point and nothing can excuse such conduct which saw some innocent people losing their lives and families losing loved ones and bread winners.

Such things set a bad precedent and are a clear demonstration that some of our leaders are fork-tongued, preaching peace on the one hand and resorting to the use of brute force on the other. We believe the use of teargas would probably have been sufficient to disperse the crowds.

Going forward, we need to foster a culture that recognises the sanctity of life even during protests and avoid the use of live ammunition on unarmed demonstrators. We should continue to preach the gospel of peace until it becomes a binding culture at all times and in all circumstances.