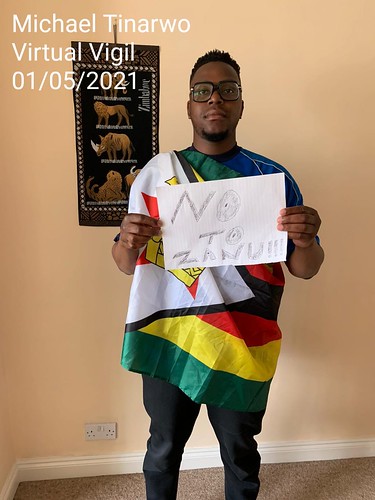 While Zanu PF diverts its legislators with its usual game of castrating the constitution, things are not going so well for aspiring MDC commander in chief Douglas Mwonzora.

Only a month ago everything seemed straightforward for Mwonzora. But then Tendai Biti and his colleagues who had been recalled from Parliament by Mwonzora’s version of MDC T, won a court order to retake their seats.

This was followed by reports that over 200 opposition activists in Bulawayo, who had defected to Mwonzora, had changed their minds. They said they did not realise that Mwonzora was indirectly pushing them to join Zanu PF (see: https://www.zimbabwesituation.com/news/mdc-t-supporters-dump-mwonzora/).

Enthusiasm to join the Zanu PF gravy train may also have been dimmed by the party’s announcement that MDC defectors would have to undergo reorientation training at its Chitepo School of Ideology to learn ‘ to toe the party line’. See: http://www.newsdzezimbabwe.co.uk/2021/04/chitepo-school-of-ideology-for-mdc.html.)

In other words you are not going to get a farm or a mine or a ‘get out of jail free’ card unless you have done your bit and proved your usefulness to Zanu PF by, for instance, beating up people as required, facilitated by support from the police, army and the courts.

Fortunately, there are lots of people who are not buying into this. They have resisted the Zanu PF amendments to the 2013 Constitution, which they say will result in ‘an imperial presidency’ (See: https://www.zimbabwesituation.com/news/constitution-mnangagwa-power-play-a-great-betrayal-of-people/.)

There has been international support for the brave fight for freedom by the journalist Hopewell Chin’ono, who has now been acquitted by a High Court judge of publishing falsehoods. The judge ruled that the law under which he was charged, which deals with false statements prejudicial to the state, was non-existent.  Zanu PF, of course, will not give up and will continue to persecute Hopewell (see: https://www.zimbabwesituation.com/news/high-court-quashes-journalist-chinono-charges/).

There has been similar support for MDC Alliance MP Joana Mamombe, who has been in jail for months on charges of violating Covid regulations. The Zimbabwe Gender Commission called for her immediate release, criticising increasing cases of incarceration and torture of women. The Women’s Academy for Leadership and Political Excellence said her release was urgent given her deteriorating health condition. It called on the region and international community to raise their voices about the ‘illegal detention of Mamombe and other political prisoners’. (See: https://www.newsday.co.zw/2021/04/women-groups-demand-release-of-mamombe/.)