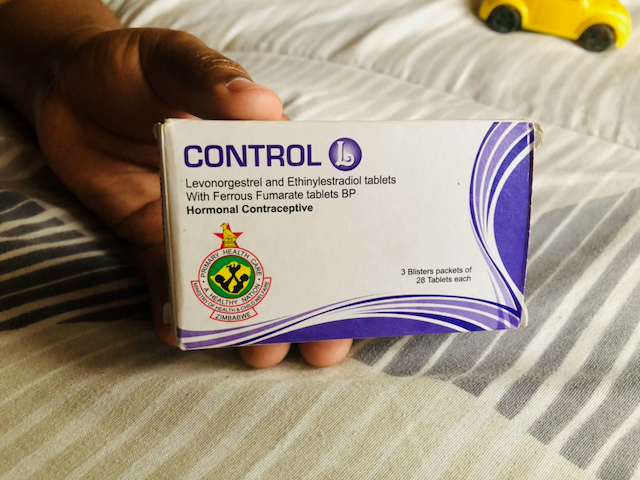 Immorality is taking a grip on our planet, such that some advocates are pushing hard to let our little children go behind a parent’s back to “protect” promiscuity. Imagine your grade 7 and 12-year-old child being protected by law to free unguided access to contraceptives. Granting independence to minors to acquire safeguarding “tools” as enablers for unholy purposes should in itself be classified as morally criminal. What is needed are not the contraceptives, but a sustained moral education for our children — at home, in schools and society, supported by the state, other institutions and all religious groups coming together.

I was born and raised by a Christian mother, who also happened to be a primary school teacher. She was passionate about godliness and I was lucky to be one of her Grade 1 class pupils. At home she taught us of the values of prayer and righteousness. In her school class, she taught her pupils to do good and to be guarded mostly by the Heavenly Father’s 10 Commandments, as the cornerstone of daily living. She made sure that both her children and her class pupils knew them. She implanted into us the knowledge and the consequences of sin. She gave us illustrations of a hell manned by a hideous creature called Satan, as the destination for those who committed sin. We were tuned to fear to disrespect the commandments of God. We feared to steal, feared to engage in sex outside marriage (upombwe) and dreaded of committing everything else that would lead God to throw us into the hell of fire —   the dungeon of the devil.

Back then it was rare for children in their teens to engage in sexual activities, guided mostly by our culture and other religious teachings. Amorous relationships were just as common and as frequent as of today, but as teenagers we knew of the boundaries for indulgence. Sexual intimacy was for the married only, so we were taught. The fear of the sexual sin held us back, resulting in almost zero pregnancies among teenagers and less sexual diseases. Should any man have crossed the boundaries with a virgin, it was then as sure as the “hell” that the woman would elope instantly thereafter to the man’s parental home (kutizira). This was how a big number of marriages were solemnised back then, for those who tried to rush into the act before marriage. It was then a taboo that a daughter would continue to live under her parents’ roof after losing her virginity to a man, let alone with a pregnancy. The aunts and other relevant guardians taught young girls likewise.

Both our cultures and the scriptures were in line with the guidelines of our Heavenly Father on the question of a sexual violation. In Deuteronomy 22:28-29, the Lord our God declared “If a man meets a virgin who is not betrothed, and seizes and lies with her, and they are found, the man who lay with her shall give to the father of the young woman fifty shekels of silver and she shall be his wife, because he has violated her, he may not put her away all his days.” Clearly, God shoulders the blame on the man, even if the woman gives her consent to the act. It is the man who should pay the penalty. Our culture should stick to the practice, to reduce single mothers and the rampant immorality of today. We need to bring back these morally restrictive practices and teachings to control men’s “loose cannons”; to protect our daughters. Encouraging our little children to go behind our backs to obtain contraceptives is not the proper route to follow. It is an outright promotion of immorality.

I support human rights on some matters, but vigorously protest when it comes to freedom for minors. Parents and guardians are there not only to guide minors, but to protect them. Human rights wanting to give independence to our little children are satanic in origin. Those who want to advocate for such a law can be likened to Lucifer, the angel who in his Biblical quest to gain independence from the Heavenly Father ended up rebelling against God, becoming His adversary. These “luciferious” entities and individuals are in fact teaching our children to be Lucifers of our time, free to commit sin under an assumed freedom from authority.

Arguments that freedom for minors to access contraceptives gives them protection from the actions of the various types of rapists do not hold water. Rather, let us teach our children to report any sexual violations against their bodies to relevant channels available, be it the mothers, aunts, other family members or to the police if no action is thereafter taken. Let us teach them that sex before marriage is a sin and that they should preserve their virginity until they marry. It is our duty to implant the moral and religious values about the sanctity of sex and the fear of sin, into our children. Let that be taught at homes, in schools, at churches and everywhere.

Notwithstanding my objections to the independence for minors to access contraceptives, it is common knowledge that there are other forms of contraceptives that are already freely available on the open market. In supermarkets, other shops, recreational facilities and public toilets, we find boxes of condoms for distribution to anyone who needs them, be it adults or minors. The minors can then entice other children of the opposite sex by dangling the condoms openly to give a false sense of security, that it is fine to engage in sexual activities as long as they have protection from both diseases and pregnancy. There will be a total absence of any moral blameworthiness on the matter. Experimentation and peer pressure gives in to any righteousness to the acts. I would therefore propose that age restrictions should be put in place for minors under a certain age to purchase or obtain availability of condoms from public places. However, I solidly give thumbs-up on the continued free provision of these to all the adult populations that need them.

I would like to salute the country’s Vice-President and Health and Child Care minister, retired General Constantino Chiwenga, on steadfastly resisting attempts by some misguided proponents of children’s rights to force government to accede to this evil proposition. In his address to the National Assembly, he rightly stated that girls under the age of 16 cannot be given contraceptives as they cannot legally consent to legal sexual activity, and if they required emergency contraceptive treatment, this would require parental consent as would be the case in any medical treatment. He went on to say (in part): “If age restriction for accessing reproductive healthcare services is removed, the interpretation is that, a person who can decide when to use contraceptives also has power as to decide when they can indulge in sexual activity and also as when they want to have a baby. This will be a time bomb for immorality against the diverse cultural and religious communities in Zimbabwe, and on government’s social security, where high numbers of children will be having children out of wedlock.” Well-phrased and said, General. Our children’s morality is at stake.