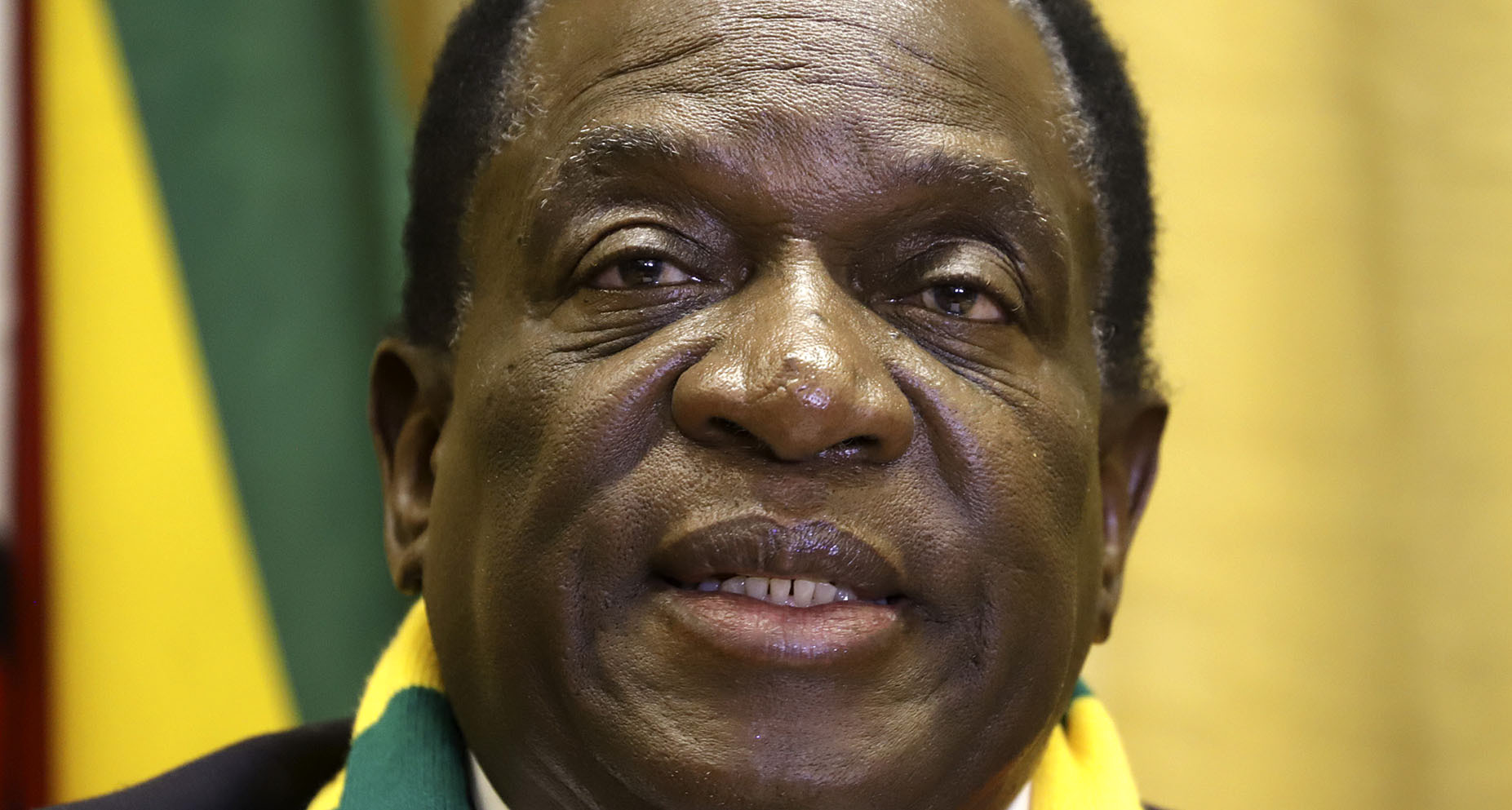 The other day I was talking to a respected colleague who said something that got me thinking hard and long.

The colleague — who, sure, has access to President Emmerson Mnangagwa now and then —told me that the head of state was a very much misunderstood and underestimated bloke. My friend said, with lots of conviction, that, unlike the festering perception out there, Mnangagwa was sincerely committed to fighting corruption.

I was like: If what my friend is telling me is true, then things are worse than what we thought we were seeing, post-coup; it’s either the president is genuinely corrupt, or genuinely clean, but dumb. The two are mutually exclusive. You can’t have them on the same platter.

Pretty like my buddie was repeating the old line that Comrade ED is as soft as wool. That tends to confuse you, naturally. Because, you see, when the president gets excited on one or another thing, he threatens you with a dried, salted sjambok, and also talks of getting soldiers to do the cow-horn formation against you if you dare do “naughty” things. That’s not wooly stuff, on a scale of one to 10.

This is no laughing matter. A recent report by The Sentry, an independent investigative outfit, has just revived debate on whether or not Mnangagwa is a clean guy or not, without expressly saying so. In fact, the report — Shadows and Shell Games: Uncovering an Offshore Business Empire in Zimbabwe — focuses on Kudakwashe Regimond Tagwirei.

It’s very difficult, if not impossible, to think about Tagwirei without also thinking of how possibly corrupt he is. The Sentry’s report, for instance, reveals how he funded the establishment of a dodgy outfit, Kuvimba Mining House, using offshore resources and all sorts of other opaque methods. More about Kuvimba later.

But then, Tagwirei’s company, Sakunda Holdings, got a US$630 million contract for the Dema diesel power plant in 2016 without going to tender. Typical of Zimbabwean tenderpreneurship, Sakunda enlisted the help of a foreign company to do the job it shouldn’t have been given in the first place.  So, Tagwirei was a beneficiary of corrupt dealings in this case.

The same applies with the command agriculture scheme. Sakunda was at one time gifted a US$3 billion contract for the supply of farming related services. To this day, there is no known evidence that there was a tender that accompanied that choice. Even the office of the auditor general rapped the scheme in a 2019 report, also pointing out that the Sakunda contract was being kept a closely guarded secret. Besides, media investigations showed that players in the scheme inflated prices and pocketed fat millions in the process.

Here is the thing now. It’s also difficult to think about Tagwirei without thinking of how directly and indirectly he is linked to the president. So, with The Sentry report, more detail is showing up about the intriguing relationship between the two. Once you see the link, you can then not avoid going back to my colleague’s claim that Mnangagwa is a clean guy, who just happens to dine with the wrong people. It’s then up to you to decide whether he is just being plain and dumb or is an outright accomplice in bad-boy things.

No-one seems to know yet how the relationship between Tagwirei and the president exactly started. What we know is that Mnangagwa hails from Zvishavane and Tagwirei, Shurugwi. The two are neighbouring districts in the same Midlands province, and some of the president’s extended family members live in Shurugwi. While the two could also be related, there is no obvious link in the fact that they come from neighbouring districts.

But the report by The Sentry says some telling things about the relationship between the two. It makes a useful throwback on how the two are seen by outsiders, the US in particular, to start with.

When the Americans designated Tagwirei on 5 August 2020, the treasury department’s Office of Foreign Assets Control (OFAC) had a low opinion of the Tagwirei-ED entanglement.

“Since former Zimbabwe president Robert Mugabe’s 2017 departure, Tagwirei used a combination of opaque business dealings and his ongoing relationship with President Mnangagwa to grow his business empire dramatically and rake in millions of US dollars.” Those were the words of OFAC.

That department doesn’t seem to have been bluffing, despite the tense relationship between Washington and Harare which is often enmeshed in propaganda and counter-propaganda. It’s clear that Tagwirei’s business portfolio grew steeply after Mnangagwa took over from the late Robert Mugabe in late 2017. In other words, Zimbabwe became tellingly open for business specifically for Tagwirei once Mnangagwa took the horn.

Through Sotic — a company in which he has the controlling stake despite denials — Tagwirei bought 85% of ZimAlloys between 2018 and 2020. He bought 75% of Bindura Nickel Mine and 85% of Freda Rebecca Gold Mine. Add to that 50% of Great Dyke Investments and then 100% of five gold mines that had previously been under the Zimbabwe Mining Development Corporation (ZMDC), a government entity. These are Jena Mines, Elvington Mine, Sabi, Golden Kopje and Sandawana whose purchase prices were not told.

There is something funny, really, about the five mines formerly owned by ZMDC. These companies were transferred to Kuvimba. Mthuli Ncube is now telling us that the government of Zimbabwe owns 65% of Kuvimba. We are not sure if there was ever a Cabinet resolution regarding the establishment of Kuvimba, nor do we know who the real shareholders are since the ownership records can’t be traced. But we know that Mnangagwa officiated at the opening of the mining giant.

The most puzzling thing, though, is the fact that, analysing Mthuli’s and others’ narratives, government bought mines from ZMDC, its own unit, and sold them to Kuvimba in which it is the purported major shareholder. So, if that were true, government bought from itself the very mines that it subsequently sold to itself. Who needs that kind of energy?

At one time, Tagwirei’s name was thrown into the fray amid reports that he had taken control of the Feruka oil pipeline after ED got into power. As if that was not going to be a handful, he also expanded into public transport, buying buses and dabbling with a possible partnership with Zupco. Again, under ED.

It then becomes too tempting to draw a causal line between Mnangagwa’s tenure so far and Tagwirei’s fast-expanding business empire. Granted, Tagwirei and Sakunda had already hogged the light during Mugabe’s time. In the Dema scandal, Mugabe’sin-law, Derrick Chikore — brother to Simba, Bona’s husband — was Tagwirei’s partner. But nothing was as big as we started seeing when President Mnangagwa took over. This could mean that the president, and other post-Mugabe actors of course, is playing an active role in gifting Tagwirei with all those shady opportunities. That’s the inevitable inference.

After all, Tagwirei remains the president’s advisor in the Presidential Advisory Council. That shows the president trusts him and engages him at a particularly intimate level.

Besides, as vice-president then, Mnangagwa was in charge of the command agriculture scheme when Sakunda got the irregular multi-billion contract. That proximity, especially when you factor in the other attending considerations, enhances the perception that the two are close cronies.

The fact that Tagwirei, in his post-Mugabe empire-building efforts, seems to be name-dropping the president gives energy to the feeling that the two are in it together. For instance, in the acquisition of ZimAlloys, a letter Tagwirei wrote to his partners on 31 May 2019 implies that the president was closely watching the happenings, in his capacity either as the president or the private individual commercially interested in the deal.

Says Tagwirei in the letter: “Still waiting for the cash flows for our Zim Alloys. HE wants that money to be paid after I show him the directors, owners of Sotic-Documents.” By “HE”, Tagwirei could be using a code for anyone, but the problem is that, so far, the only HE we know is His Excellency, and that has been reserved for the president who in 2019 was Mnangagwa.