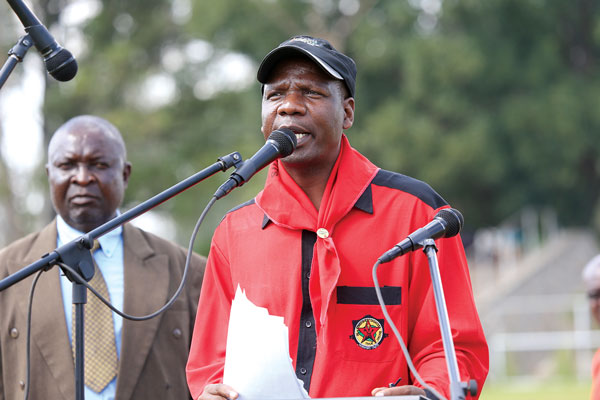 ZIMBABWEANS should expect no miracles from the government to turn around the economy in 2022, workers’ unions have said, adding that a gloomy year beckons.

In a NewsDay vox pop in the capital yesterday, residents called on government to stabilise the exchange rate.

Chamapiwa Chibaya said: “Our main cry is that we are being limited from withdrawing our money from banks. Surely, what is
$2 000 against the prices of basic commodities? (Finance minister Mthuli) Ncube must increase the withdrawal limits.”

Petronella Mubaya added: “We are just praying that government brings on the table one very stable currency. This thing of US dollars, money transfers and RTGS is not working. In the informal sector, our businesses are failing because of the parallel rates. This should be government’s major priority next year.”

The local currency has been losing value on the black market.

As of yesterday, the local currency was trading at US$1:$230 on the black market against the Reserve Bank of Zimbabwe auction system’s US$1:$109.

The Zimbabwe Congress of Trade Unions (ZCTU) said there was nothing to expect from the government, and workers should only pin their hopes on a “miracle from God”.

ZCTU secretary-general Japhet Moyo said there was a lot of uncertainty in the country and government was failing to provide answers.

“We expect good rains and obviously a good agricultural season is better for everyone. I think there are things outside our control. There is uncertainty in the country around policies,” he
said.

“There is a lot of policy inconsistencies, but there is nothing we can do about those things. I think our interventions are very limited. We have a government that changes policies overnight.

“Look at the issues of the local currency. A lot of people have lost investments and their pensions and these things have been going on for the past 15 or so years. We are tired of the lack of consistency in policy making.”

“We expect better in terms of welfare of workers, especially with regards to wages. We expect that we will get United States dollar salaries and we are very much looking forward to that,” he said.

“We have had challenges yes on the negotiating table, but we have had a window of hope and it is an indicator that it is possible.”

Government has persistently said it has no capacity to pay US dollar salaries.

At the same time, it has said it cannot bump their salaries in the local currency equivalent to their demands, arguing that this would disrupt its economic
reforms.

This is despite the fact that Treasury never misses an opportunity to declare a surplus.

Government has been accused of neglecting civil servants and spending the better part of this year on the negotiating table with its restless workers who have declared incapacitation.

Most of the disgruntled workers, particularly in the health sector, are leaving the country in droves for greener pastures.