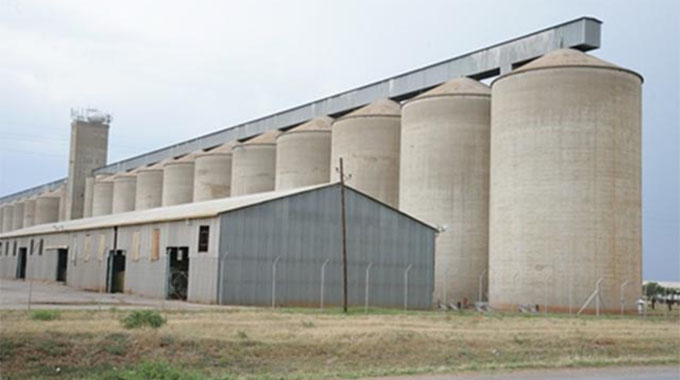 The Grain Marketing Board has implored farmers to deliver grain to their nearest depots and collect points than sell to the middlemen as the producer price is only meant to benefit the real farmers.

GMB said it was illegal for middlemen to buy grain from farmers and deliver to the GMB depots as only the parastatal and contractors were allowed to do so.

The call came in the wake of some middlemen who are going to farming areas and buying grain from farmers at low prices and later sell to the GMB where prices are lucrative.

GMB is offering $390 per tonne while most buyers are buying the maize from farmers at $180 per tonne and below.

Some middlemen have confessed that trading in maize had become a lucrative business as one did not have to farm but only mobilise cash.

The dealers said the GMB paid within a short period and this kept their businesses running. Some dealers buy the grain and deliver at the GMB depots in the farming areas while others bring the maize to Harare where they said they had connections at the GMB for easy payments.

In an interview last Friday, GMB general manager Rockie Mutenha, said there was no need for farmers to sell to middlemen as the GMB was paying farmers within a few days of delivery.

“He must just deliver to GMB and we pay the farmer $390. If he sells to middlemen where he is short changed and sometimes get as little as $180. The middlemen will benefit the extra $210  and yet all he has done is just to buy from the farmers and deliver to the GMB and yet the farmer has taken the whole year, buying inputs, planting, weeding, pest control and harvesting among other operations.

“The amount of work that goes into it is too much for the farmer to lose the $210. We are now opening some collection points so that the farmer does not have to move more than a five kilometres to go the GMB depot. There is no special reason why the farmer should go to the middlemen and the middlemen benefit the farmers sweat.

“At the beginning of the grain marketing season, the Agricultural Marketing Authority indicated that no one else was allowed to buy maize expect those who contracted farmers so they are doing it illegally.

“AMA will fine them and the maize will be confiscated because they are not supposed to be doing that. For you to be a middlemen you must register with AMA and get a trading licence,” he said.

In April, AMA announced that the suspension of the private buyers from buying maize from farmers was still operational.

According to AMA, it is an offence to violate marketing regulations and to trade without a valid licence.

“This is in accordance with the provisions of the Agricultural Marketing Authority Act CAP 18:24; Statutory Instrument 140 of 2013,” said AMA.

The move was meant to protect
farmers from private buyers, who fleeced them by offering unviable prices and later sell the grain to the GMB at a profit.

Maize production has been on the increase because of Government support through input programmes such as Command Agriculture and the Presidential Inputs Support Scheme.

Last season, farmers delivered 1,5 million tonnes of maize to the GMB depots and the payment system had improved from the past years where farmers would wait for months before they received their money. — BH24.