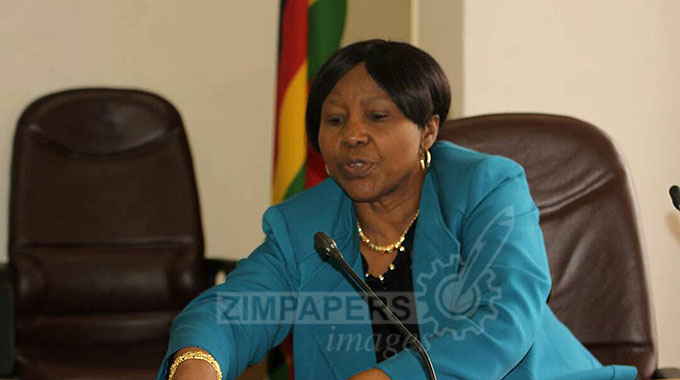 Elita Chikwati Senior Reporter
Zimbabwe is inviting investors to construct 50 dams for the generation of hydroelectricity under the Build Operate and Transfer arrangement, a senior Government official has said. Commissioning the new drilling rigs, support trucks and 140 motorbikes acquired by Government to assist people in the communal areas with safe water, Environment, Water and Climate Minister Oppah Muchinguri-Kashiri said the country will soon host an international conference where prospective investors will be able to indicate their areas of interest in the construction of dams.

“We are going to host an international conference inviting investors to indicate their interest on BOT to construct 50 dams for the generation of hydroelectricity.

“The investors will also be able to sell excess water to neighbouring countries especially South Africa as some of their dams have since dried up.

“We are importing hydro-electricity from South Africa and we can also sell water to them. The construction of the dams is an opportunity for foreign investors and Zimbabweans living in the diaspora to invest,” she said.
The borehole drilling equipment were procured under the $3,7 million that was availed by Government.

The intention is to have at least one rig per province.
Minister Muchinguri said the rigs were part of the broader efforts by Government to ensure communities had improved access to water for primary use.

The 140 motorbikes will be used for monitoring of catchments to ensure communities preserve water and adhere to registration for commercial water abstraction.

“Water is a basic human right and Government within the limits of resources available to it should progressively ensure the realisation of this right by all Zimbabweans.

“In the past 100 days programme, Government drilled 78 boreholes countrywide and the new 100-day plan will see the drilling of an additional 70 boreholes funded through Water Fund.

“China weighed in with an additional 500 boreholes in the agreements sealed by President Mnangagwa during our recent State visit to China.
“These will be drilled in this first half of the year,” she said.

The DFID and UNICEF also chipped in under the rural Water, Sanitation and Hygiene programme and will assist in the rehabilitation of 1 020 boreholes and construction of 12 piped water schemes in Mashonaland East, Mashonaland Central and Manicaland provinces.

“In the first phase of the programme we drilled 1 000 boreholes and rehabilitated 10 000 dysfunctional boreholes as well as constructing 33 piped water schemes in Masvingo, Matabeleland North and South, Midlands and Mashonaland West.

She said Government was working with communities in water harvesting and conservation to reduce the effects of climate change on communities and the agriculture sector.

“The ministry will rehabilitate 57 dams that were damaged in the previous cyclone-induced floods to ensure there are 200 hectares of irrigated hectares per district.

Zinwa’s Admire Mare said: “The new equipment is a full package. The motorbikes will improve mobility of staff to monitor water usage in farming areas. At the moment we do not know who is using our water.”