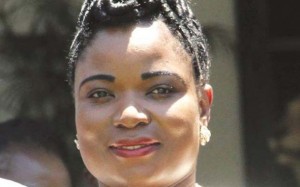 GOVERNMENT has pledged to finalise the Kadoma Declaration that will see government, labour and employers working towards one common national economic development vision.
In an invitation letter and report seen by The Financial Gazette dated April 6, 2018 signed by Labour and Social Welfare permanent secretary, Ngoni Masoka and addressed to one of the principals to the Tripartite Negotiation Forum (TPF), government said the declaration had to be finalised.

“I write to invite representatives of labour to a meeting of the Tripartite Negotiating Forum, technical committee. As you are aware, the technical committee was tasked to undertake a review of the Kadoma Declaration – Towards a Shared National and Social Economic Vision as part of efforts by the TNF to conclude a social contract. In that regard the secretariat has compiled a report for consideration by the technical committee after receiving comments from all partners,” said the letter.

The committee’s report has identified 10 risk factors affecting the country’s economic stability, which include politicisation and failure of the institutions of governance.

The Kadoma Declaration, first discussed by the TNF partners in 2001, is an attempt to address macro-economic problems facing the country, including the “country risk factors” and their causes. The identified causes include failure by institutions of governance to function effectively; mismatch between policy and action; delay in policy implementation; the overall spread of wealth in the country and continued racial imbalance in the ownership of the means of production; lack of political tolerance; and lack of respect for human rights.

As a way forward, the Declaration came up with action plans for each of the tripartite partners on various issues that include de-politicisation of workplaces, commitment to implement policies, democratisation of the economic landscape and implementation of policies of social equity, prioritisation of macro-economic stabilisation, desisting from acts of violence and timely resolution of disputes, respect for trade union rights, and ensuring good governance.

The blue print was launched by former president Robert Mugabe in February 2010, but since then it has remained unimplemented.