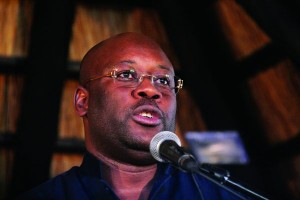 ARTISANAL gold miners, who produced 4,2 tonnes of the yellow metal in the first quarter of 2018, beat large-scale mining houses that produced three tonnes during the period, official data shows.

The small scale miners hope to meet a 28-tonne target for 2018 after producing 24,8 tonnes in 2017.
Zimbabwe Miners Federation president Ishmael Kaguru was upbeat about the outlook, saying the country could now seek re-admission into the London Bullion Market Association (LBMA).

“We continue working with government in mopping up all the gold produced in the country to ensure that it goes to Fidelity Printers and Refiners. But more crucial at this point is that the country gains entrance into the LBMA,” he said.

The LBMA is a wholesale market for trade in gold and silver and also regulates trade internationally. Trading among LBMA members is loosely overseen by the Bank of England.

Zimbabwe lost its LBMA membership in 2008 due to a decline in gold production due to poor economic policies, production problems, financial constraints, a worsening power crisis and non-payment of a huge debt to producers by Fidelity.

After LBMA revoked Fidelity’s licence, Zimbabwe started sending its gold to South Africa for refining.
Although Zimbabwe refined enough to be re-accredited into the LBMA in 2014 after surpassing the association’s 10-tonne minimum output threshold, gold miners are still fighting to achieve the 27-tonne annual production last recorded in the late 1990s.

Small scale gold miners managed ― for the first time in more than 10 years ― to deliver more gold than large-scale mining houses last year, recovering from a three-tonne nadir recorded at the height of Zimbabwe’s economic crisis in 2008. However, this was still short of the 27-tonne peak reached in 1999.
IGovernment has supported the artisanal miners who have increased production through the use of improved mineral processing technology following a $40 million gold development facility offered by the central bank, targeting 179 small-scale miners.

There are over 4 000 recorded gold deposits in Zimbabwe, but currently about 40 percent of these are being commercially worked on, according to the Ministry of Mines.

According to the Chamber of Mines of Zimbabwe (CoMZ), the significant rise in small-scale mining saw the sector contributing 47 percent of total gold output compared to 46 percent contributed by large gold mining companies last year.

“For the first time in more than a decade, the small-scale producers’ contribution to total gold output at 47 percent in 2017 (up from 40 percent in 2016), surpassed that of large-scale gold producers, which accounted for 46 percent, down from 55 percent in 2016,” CoMZ said.