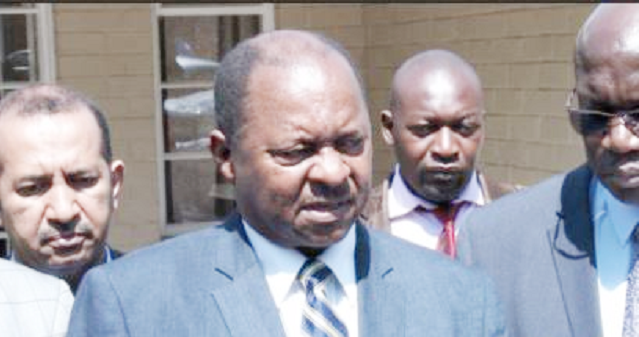 Senior Reporter
Government will introduce a new line of cheaper and more effective antiretroviral drugs for HIV and Aids patients early next year.

Authorities will introduce the Dolutegravir (DTG) line, which has significantly fewer side effects and is less prone to development of drug resistance. Around 1,2 million Zimbabweans use ARVs.

DTG has been the drug of choice for the last two years for people living with HIV in high-income countries, and is administered as a single, small tablet taken once daily. Health and Child Care Minister Dr Obadiah Moyo told our Harare Bureau that, “My ministry will be in 2019 introducing DTG-based treatment regimens to the already existing basket of first and second-line treatment options available currently.

“DTG is recognised as an effective low-cost generic formulation by the WHO; and is associated with fewer adverse effects and is less likely to result in drug resistance.

“Through the national medicines and therapeutic policy advisory committee and my ministry’s Aids and TB directorate, work on how we will be transitioning to these newer and effective medicines are now at an advanced stage with plans to start offering DTG as from May 2019.

“Our health staff will be capacitated fully to offer this service and networks and advocacy group of people living with HIV are being engaged to provide input into this process. The introduction of DTG-based treatment regimens is meant not to substitute, but complement, the currently existing treatment options.”

The United States approved medical use of DTG in 2013, while it is listed on the World Health Organisation List of Essential Medicines as one of the most effective medicines needed in a public health system. Of the nearly 1,2 million Zimbabweans on antiretroviral therapy — up from just  5 000 in 2004 — 84 percent have their viral load suppressed. HIV incidence dropped to 0,48 percent in 2016 from 0,88 percent in 2011 owing to interventions that include condom promotion and distribution, voluntary medical male circumcision, HIV testing, prevention of mother-to-child transmission and social campaigns for behaviour change.

HIV prevalence remains around 14,7 percent. This year, authorities have distributed 98 million condoms against an annual target of 106 million.