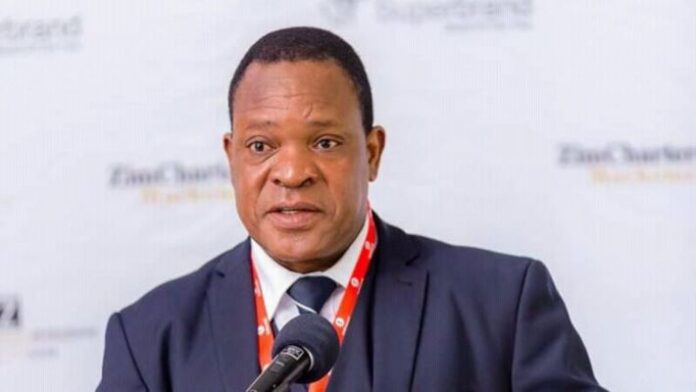 BY SHARON BUWERIMWE
LANDS minister Anxious Masuka has said youths are exempted from joining the waiting list for available land, a development that has been described as a campaign gimmick on the part of Zanu PF as the country heads to the polls next year.

Masuka told farmers in Kwekwe, Midlands province, on Thursday that the waiting list for land had shot up to 261 000, but said war veterans and youths — the majority of the country’s registered voter population — needed not worry.

“A lot of people talk about land and availability. They ask us if land is still available and the answer is yes and no. Those who wish to have land must go on that waiting list. For youths, we have said this is now a fast track, they don’t have to queue,” Masuka said.

The country’s youth represent over 60% of the population, and about 44% of the total voters roll.

In 2018, over two million people, about 43% of the registered electorate, were 35 years and below, meaning the youth vote may have played a decisive role in the polls.

“Youths will get an orientation that farming is a business and a business of farming requires organisation. We are currently in discussion with the minister of youths to empower banks so that every graduate gets financing immediately as they leave these centres,” Masuka added. “So, by the time they get onto the land, they will be having financing and the Ministry of Lands gives them a piece of land where they are going to farm. That’s the difference with the Jambanja era, where we just took land and we couldn’t decide what to do next
with it.”

Masuka also revealed that about
383 000 farmers had been offered letters across the country.

“There are 23 000 A2 farmers that we have given offer letters and 362 000 A1 farmers, but my waiting list is increasing everyday. In terms of the law, we are also mandated to allocate land to veterans of the liberation struggle, which is also 20%,” he said.

Analysts, however, said Masuka was targeting the youth vote for the ruling party in the 2023 polls.

Youths and war veterans have remained a vital cog for Zanu PF during elections, sometimes leading violent election campaigns against the opposition.

Political analyst Effie Ncube said youths were just being used as “cannon fodder” for the 2023 elections.

“A few are going to benefit from that because the intention is not to have them benefit, but just to have them vote for Zanu PF. On the war veterans’ note, the government is responding to their complaints that they are being neglected ahead of elections,” he said.

Another political analyst, Methuseli Moyo said: “War veterans and youths have always been a key constituency in the politics of Zimbabwe. No doubt the government, which essentially is the ruling Zanu PF party, may be viewed as rewarding a key constituency ahead of the polls, so as to energise them to campaign more.”