Government, doctors and nurses have agreed on the urgent need to equip and stock public hospitals to provide efficient services. 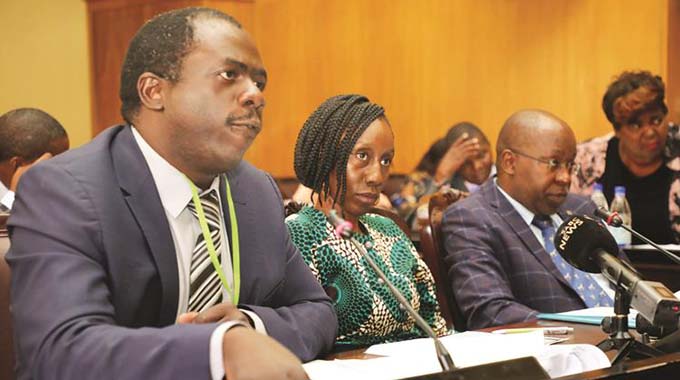 The doctors, who were represented by SHDA president Dr Shingai Nyaguse, Dr Aaron Musara and Dr Bothwell Mbuvayesango expressed concern over the deterioration in standards at major hospitals and the welfare of doctors and nurses.

Dr Moyo said the Government was aware of the plight of its workers and responded by awarding a salary increment.

“Our warehouses are empty. I have tried to be innovative, to find ways of replenishing them. We are also restructuring for the purpose of modernisation,” he said.

Doctors claimed some hospitals were operating without water, while ablution facilities were dysfunctional.

Hospitals, they said, do not have critical equipment such as ICU machinery and ventilators, with Kwekwe Hospital relying on a borrowed machine which could be taken by the owner at any time.

The doctors decried the shortages of medication and nurses due to the introduction of flexible working hours.

They said the new system whereby nurses work for two to three days a week, puts patients at risk as there is no longer hand-over-take-over, as the nurses will be rushing to catch Zupco buses home.

However, Mr Dongo said nurses were reporting for duty because they were duty-bound, but they were working under difficult conditions.

“The nurses are incapacitated unlike doctors who are getting $10 000. For the flexible working hours we approached Government. This is not the first arrangement in Zimbabwe, we did this in 2007, 2008 and 2009. It is also being done in other countries. We only reduced the number of shifts and increased working hours.

“Doctors came to Parliament to complain when they themselves do not come to work. The deterioration of services is caused by doctors. Doctors leave patients with nurses while they attend to their patients at private hospitals,” he said.

“After every shift we do hand-over-take-over. Lack of supervision is being caused by doctors. There is need to restructure the Health Ministry.”

Doctors also raised concern over equipment which was imported from India which they said “only 10 percent of it is functional”.

On the issue of the equipment from India, Dr Moyo said it was important that the end users select the equipment they require to avoid wrong purchases.

Deputy Minister Mangwiro said he did not go to India to buy equipment, but was on a different mission.

He, however, ended up assisting because it was an emergency.

Dr Mangwiro said he contacted staff at the Zimbabwean Embassy in India and they identified the suppliers.

“I was given a list by Faith Muchemwa. The choice of the company was not mine, but was done by health and embassy officials. All I did was to carry the list. I did not buy or distribute the equipment.

“When the equipment came, the company sent its engineers who came and went back and they are expected to come back to commission the equipment,” he said.

“It was disappointing that junior doctors who lived at hospitals were also not going to work. We have discovered that there are some people who are not supposed to be stationed at the institutions. We have also identified flats that belong to NSSA and they are being refurbished. Six blocks have been identified.

“We have also put in place a facility for smaller vehicles for all our staff and this is awaiting approval,” he said.

The doctors expressed concern that some central hospitals had embarked on public private partnerships, but instead of improving service delivery, the arrangement had not ease the plight of patients.

Some of the interventions being made by the ministry include free meals for doctors on duty. We secured $20 million for the refurbishment of accommodation and infrastructure.

“It’s not every doctor who was on strike. Those who remained at work volunteered to help the clinics in treating patients, but only those needing emergency services.

“It should not be ignored that the health minister together with his counterparts made all the necessary efforts to capacitate the workforce and that is why the majority remained at work.

“Government can only capacitate its workers within its budgetary allocation,” he said.