Traditional Healers in Zimbabwe Need Licenses to Sell Their Medicine Legally. But Most Say it Isn’t Worth It.

Source: Traditional Healers in Zimbabwe Need Licenses to Sell Their Medicine Legally. But Most Say it Isn’t Worth It. 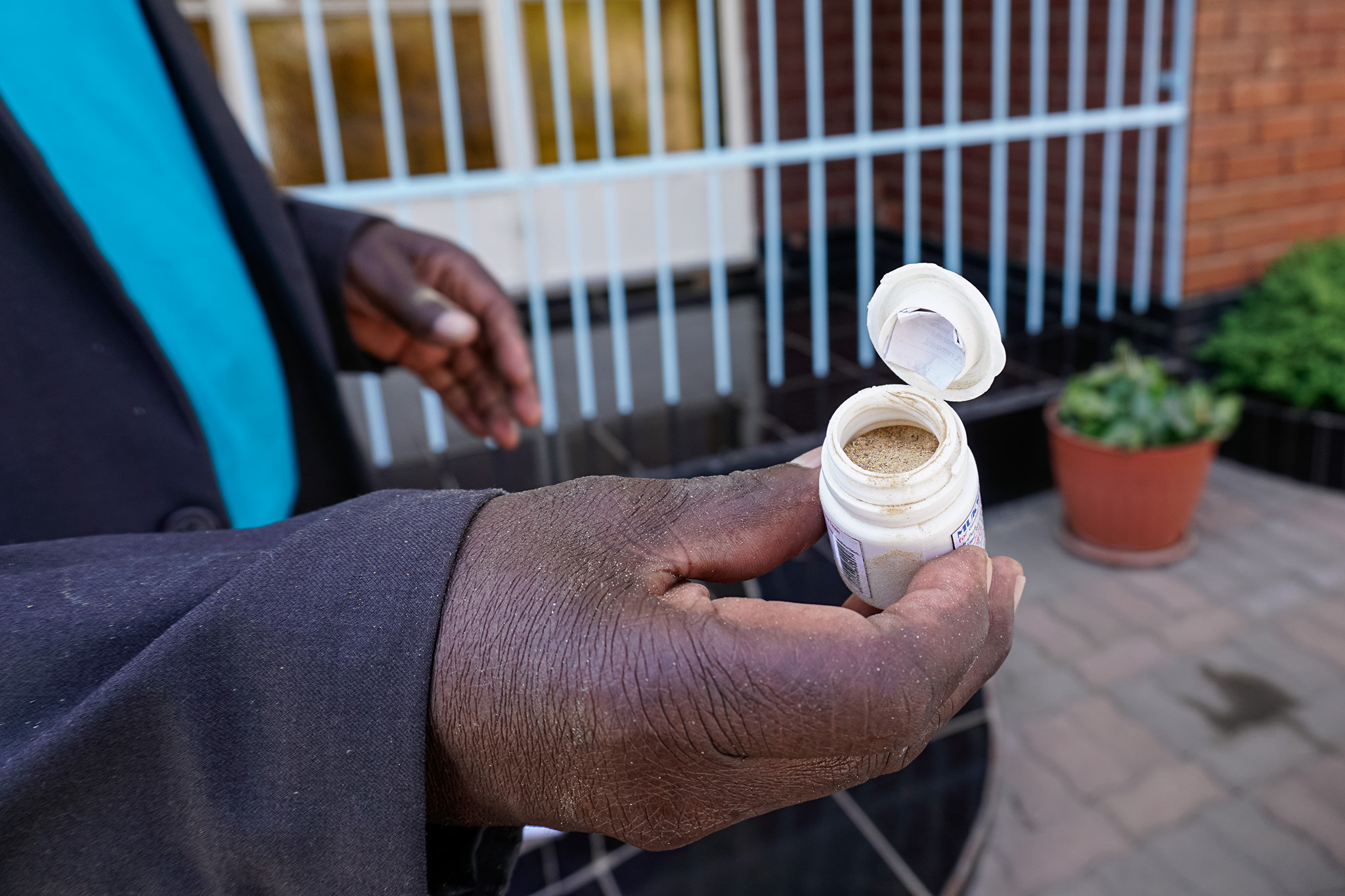 HARARE, ZIMBABWE — Rueben Mukwe, a traditional healer, packs several small bottles tightly into a tiny box. One is crammed with a brown powder derived from a tree – all that’s needed to treat genital warts, Mukwe says as he sits in his living room in Zimbabwe’s capital, Harare.

Traditional healers play an important role in Zimbabwe. They make use of knowledge passed down from generation to generation to treat patients, including making medicine from ingredients found in nature. They are also filling a gap in healthcare for many Zimbabweans, as the country’s deteriorating economy makes the formal medical sector less accessible.

Mukwe is the first traditional healer in Zimbabwe to have his medicine approved by the Medicines Control Authority of Zimbabwe (MCAZ), a government council responsible for ensuring that medicine is safe for use. The approval allows Mukwe to legally sell his medicine to the public. Selling traditional remedies without approval is illegal and can result in arrest if it causes harm to a patient.

Despite this, many traditional healers operate without approval, citing long procedures and numerous requirements, including fees. Current fees are $600 ZWL ($40TKTK) for registration of a local product and $4500 ZWL ($285 TKTK) for the manufacturing license. As a result, traditional healers who might want to legally sell their remedies, sometimes called “complementary medicine,” instead sell it underground. This means that what is in the medicine, and whether it is safe, is not known to the user.

According to the Journal of Traditional Medicine & Clinical Naturopathy, natural medicine use is increasing globally.

The World Health Organization estimates that more than 80% of the world’s population uses natural medicine, including many people in Zimbabwe. The journal further states that the use of traditional medicine is beneficial to local people because it is easily accessible, flexible in cost and resonates with local cultural beliefs.

Mukwe says he went through the process of registering his medicine after he gained recognition for his genital warts remedy through patient referrals. To meet demand, he had to get it approved by MCAZ.

“I realized that my clients were increasing and they preferred my medicine because it does not have side effects,” Mukwe says. “I also realized that people are shy to visit an herbalist but when I’m registered they are more receptive to it.”

Mukwe wrote to MCAZ to get approval, but it took months to get a response. It was only then that the process with MCAZ began with a registration fee

Although this was a milestone for Mukwe, and for traditional healers in Zimbabwe, he says there is one problem. He still can’t sell his medication through the formal medical system.

“The doctors I have approached say they can’t write a prescription for complementary medicine, they can only do that for conventional medicine. Even pharmacies I’m approaching also indicated that as long as doctors cannot prescribe, then they cannot buy my medicine for resale,” he says.

Most traditional healers have not sought approval from MCAZ for their medication.

Sikhonzaphi Shoko has been a traditional healer for over four decades. She does not see the immediate benefits of her registering her medicine.

“I want to see others who have registered first doing well. Then I will follow suit. I will not rush without seeing the advantages to me, I don’t want to end up using money that I will not get back,” she says.

Shoko is not alone. Sandcos Khumbulani is a traditional healer who operates in Bindura, a small town located 90 kilometers (56 miles) from Harare.

Khumbulani operates a full-time traditional clinic, but says he hasn’t taken his wide range of medicines to MCAZ for approval, even though he says people buy his medicine more and more as the economic situation worsens. But that doesn’t mean he hasn’t thought of appearances.

“I have devised means to ensure that my medicine is presentable. It comes in capsules and it’s packaged in such a way that it looks modern,” he says. “I have not explored the process of registering with the MCAZ because I have heard that the process is expensive, long and cumbersome.”

Prince Mutandi Sibanda, the secretary for education at the Zimbabwe National Traditional Healers Association, says there isn’t enough support from the government to formalize the work of traditional healers, including through MCAZ.

“The conditions set for one to have medicine registered and produced in large quantities are high, the process is expensive and most of our members end up giving up and operating underground,” he says.

Shingai Gwatidzo, the projects and public relations officer with MCAZ, says the council has the mandate to protect public health by making sure that all medicine sold in Zimbabwe is safe and of good quality.

Gwatidzo says the MCAZ rules, which include required testing to make sure medicine is safe and of high-quality, make sure that traditional medicines are adhering to standards. The testing includes bio-grading and checking for heavy metals. They also examine manufacturing practices for safety. All of these tests incur additional fees from MCAZ.

While Mukwe was able to get a manufacturing fee waiver, not all traditional healers will be able to apply for this, says, Gwatidzo.

He defended the length of the process, saying that it takes time to check the safety of products and to make sure manufacturers are meeting MCAZ’s standards.