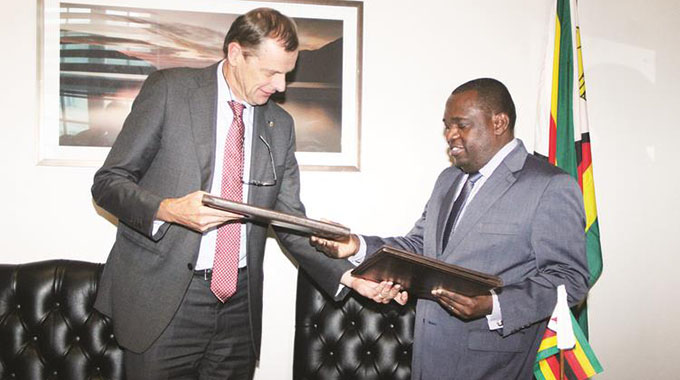 Tendai Mugabe Senior Reporter
Government and the European Union (EU) yesterday signed a Memorandum of Understanding (MoU )setting out a framework and arrangements on how the bloc is going to observe the forthcoming harmonised elections.

The MoU paves the way for the EU to deploy its electoral observer mission in the next few days.

Foreign Affairs and International Trade Minister Retired Lieutenant-General Dr Sibusiso Busi Moyo signed on behalf of the Zimbabwean Government, while the EU was represented by its head of delegation in Zimbabwe Ambassador Philippe Van Damme.

Dr Moyo said the MoU was in line with the Government’s desire to conduct free and fair elections. “This is a culmination of the new dispensation’s desire to have transparency in the election process by inviting different international observers so that they can come and observe our elections – so that they can observe at least democracy in action,” he said. 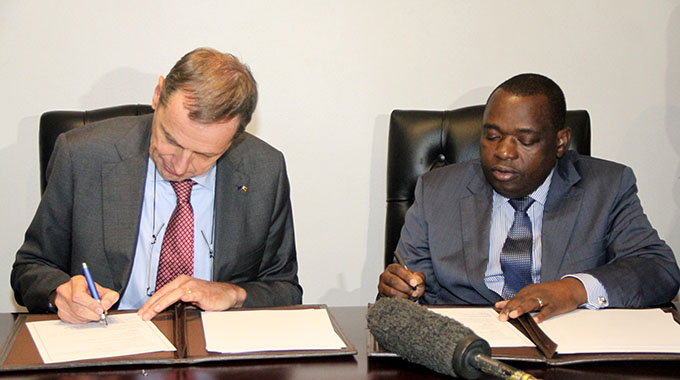 “It is in this regard that the European Union in its endeavour, desired that they were to be governed by a Memorandum of Understanding which will also usher in the manner in which they are going to be conducting their observation mission.”

EU head of delegation in Zimbabwe Ambassador Van Damme applauded Government for undertaking all the necessary measures that guaranteed the conduct of a free, fair and credible election.

“This is indeed an important step in the whole series and whole range of measures which you have been taking in building confidence in the upcoming electoral process,” he said.

“We are happy indeed to have been able to sign this MoU, which will now allow us to mobilise the electoral observation mission as soon as possible and I hope in the next couple of days, we will be able to confirm the exact date of the arrival of this observation mission.”

He said the team would be in the country before, during and after the polls. In signing the MoU, both the Government and the EU are guided by the understanding that the Zimbabwe Electoral Commission is not subject to the direction or control of anyone and that the electoral body must exercise its functions without fear or favour although it is accountable to Parliament. 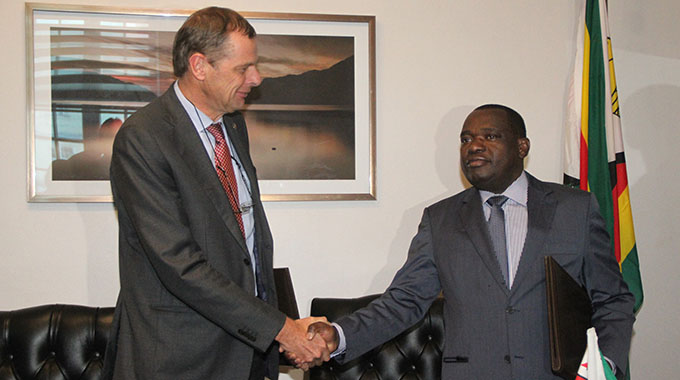 The agreement states that the EU election observer mission shall maintain strict impartiality, objectivity and independence in its conduct in accordance with section 40G of the Zimbabwe Electoral Act (Chapter 2:13). The two parties also agreed that the EU observers would be present at the counting or collating of votes cast at the election and the verification polling stations returns by presiding officers.

On its part Government committed to ensure speedy facilitation of visas for members of the EU observer mission over and above ensuring their security till the completion of their mission in Zimbabwe.