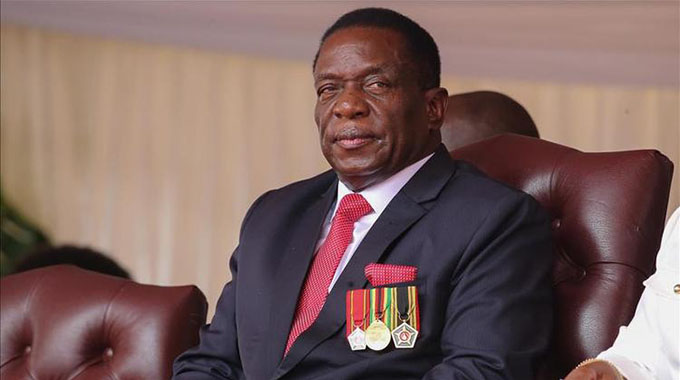 Daniel Nemukuyu Senior Court Reporter
THE President is obliged by the law to proclaim dates for the harmonised election within the prescribed period and neither a court of law nor any individual, for whatever reason, can stop him from performing such a mandatory function, Chief Justice Luke Malaba has ruled.

Chief Justice Malaba said this while dismissing an application by two fringe opposition political parties to be allowed to approach the Constitutional Court where they sought an order barring President Mnangagwa from proclaiming the 2018 election date.

Zimbabwe Development Party (ZDP), led by Mr Kisinoti Mukwazhe, and Voice of the People (VOP) — whose president is Mr Moreprecision Muzadzi — sought to stop the President from proclaiming the election date until they get funding for the poll campaign.

The two parties also sought an order compelling Treasury to pay $420 000 to political parties that did not receive funding for 2008 and 2013 election campaigns.

Chief Justice Malaba said proclamation of the election date in terms of Section 144 (1) as read with Section 158 (1) (a) of the supreme law, was mandatory and it could not be stopped for whatever reason.

The court ruled that the intended application had no prospects of success.

The court ruled that a proclamation can only be challenged after it has been made, solely on the ground of non-compliance with the Constitution.

ZDP and VOP argued that the election will never be free, fair and credible until the Political Parties Finance Act is amended to allow all political parties in the race to receive campaign funds.

The Judiciary boss ruled that any court order stopping such a lawful process was contrary to the rule of law.

“No one, including the courts, has power to alter what is mandated by the Constitution in clear, unambiguous and mandatory terms.

“It would be unconstitutional for a court or judge to order the President not to call and set dates for the holding of the harmonised general elections as prayed for by the applicants.

“The mandatory obligation is imposed on the President by the Constitution for the benefit of all the people of Zimbabwe,” he said.

Chief Justice Malaba said the President is guided by the Constitution.

“Their duty is to enforce what the Constitution demands,” reads the judgment.

Zimbabwe Electoral Commission (ZEC) lawyer Mr Tawanda Kanengoni convinced the court that any challenge linked to proclamation can only be made after the act.

“As correctly submitted by Mr Kanengoni, the proclamation can only be challenged after it is made and the challenge can only be on the ground that it has not complied with the relevant provisions of the Constitution,” the Chief Justice ruled.

The minority wanted President Mnangagwa to be ordered to facilitate the repealing of the Political Parties’ Finance Act to ensure all parties compete on a level playing field.

The parties listed President Mnangagwa, Speaker of Parliament and the chairperson of the Zimbabwe Electoral Commission as respondents.