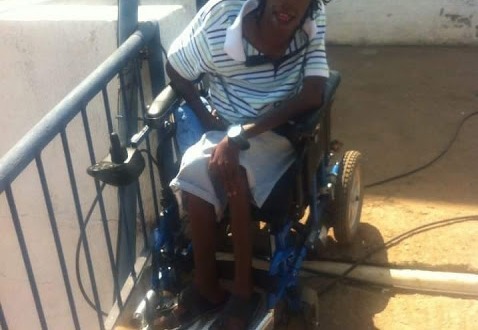 PEOPLE with disabilities (PWDs) have suffered the most during the COVID-19 lockdown as a majority of them are informal traders.

Disability activist Tsepang Nare said apart from hunger, there was also the possibility that some were abused sexually — including other forms of abuse.

But perhaps the cases went unreported due to lockdown restrictions and fear, as well as lack of knowledge on how to report the abuses.

Nare, a PWD, is a community leader and has been instrumental during the COVID-19 lockdown period in championing the rights of PWDs.

“Most PWDs are informal traders and my assertion can be supported by a 2014 survey which was done by the National Association of Societies for the Care of the Handicapped which revealed that only 2% of PWDs are employed in the informal sector. It shows that the rest (98%) are in the informal sector and that the lockdown period severely affected their livelihoods,” Nare said.

“It means that PWDs have been living from hand-to-mouth since March when the COVID-19 lockdown restrictions were imposed. Government said it was going to roll out cash transfers to the vulnerable. We (PWDs) and other vulnerable people used to get 50kg bags of mealie-meal through the Drought Relief Fund, but in February, we were told that we would get cash transfers of $180,” he said.

Nare said he only got the $180 cash transfer in April, and thereafter was told to re-register, which was very difficult for PWDs during the lockdown period when there were strict restrictions on movement.

“The $180 was too little and I remember that at that time it only bought one loaf of bread, a 5kg bag of mealie-meal, peanut butter and milk. Later, I heard that the COVID-19 allowance had been increased to $300. But it was still too little because during the lockdown period subsidised maize meal was scarce and people could only get it from the black market where it was sold in foreign currency,” he said.

While government said it would assist the vulnerable, Nare said there was need to clearly define the word “vulnerable” because it could mean women, children, the elderly, PWDs, orphans — and the list could be endless.