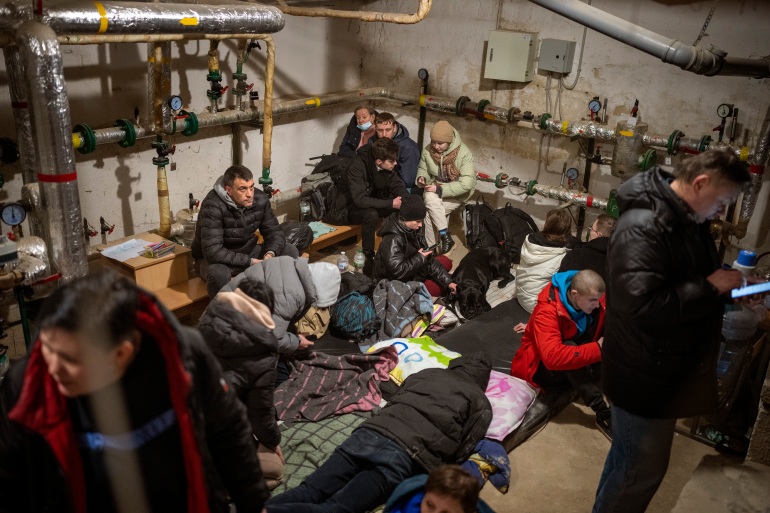 “The government of Zimbabwe will sponsor the shelter, food and air tickets to Zimbabweans en-route to Zimbabwe.

“The embassy of the Republic Zimbabwe in Berlin avails itself of this opportunity to renew to the Embassies the assurances of its highest consideration,” read part of the clearance letter from the Zimbabwe embassy in Berlin, Germany.

In a statement yesterday, the CCC EU branch said it had since moved in to assist thousands of Zimbabweans left stranded in Ukraine.

“The CCC EU assembly notes with concern, that the Zimbabwean government has only assisted a few ‘connected’ individuals to leave the conflict zone, and has left the majority of its citizens stranded and left to fend for themselves.

The CCC EU calls on the government to go a step further and evacuate all Zimbabweans from the conflict zone until calm is restored,” CCC EU Assembly chairperson Wilson Mtetwa
said.

“We have managed to locate and additionally co-ordinate the Zimbabweans living in Ukraine to remain in one place for their safety and harmony taking in high regard the emotional and mental distress they are possibly under, On record located are: 171 Zimbabwean students in Ukraine, 143 being in the capital city on Ukraine Kyiv.”

Russia recently launched an attack on Ukraine, but President Vladimir Putin for months denied he would invade his neighbour.